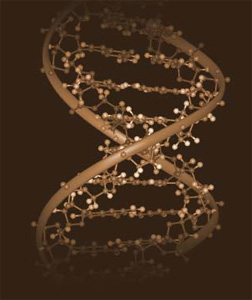 US, British and Chinese scientists have come together to launch the 1000 Genomes Project, the main aim of which is to promote research on human diseases. These scientists will closely work with the researchers the McKusic-Nathans Institute of Genetic Medicine at John Hopkins for this astronomical project.

The 1000 Genome Project will involve sequencing the genomes of around 1,000 people from around the world to create the most detailed and medically useful picture of human genetic variation till date. These people who are to be scanned will be those who either live in , or have ancestry tracing back to Europe, Africa, Japan, China, India and Mexico.

Interestingly, last November, we had reported about the announcement of the very new personal genome sequencing service by two companies DeCode Genetics and 23andMe.

Now, the 1000 Genomes Project, which is a massive one no doubt, is all set to map the tiny fraction of genetic material that differs between people. Scientists hope that it will give them a good enough insight into why some people are more susceptible to disease than others.

What scientists do know as of now is that any two humans are over 99% identical on the genetic level. However, the remaining fraction will help them explain differences in people’s health.

The 1000 Genome Project is receiving a lot of support from the Wellcome Trust Sanger Institute in Hixton, England; the Beijing Genomics Institute (BGI) Shenzen, China and the National Human Genome Research Institute (NHGRI), which constitutes the US National Institutes of Health (NIH).

According to Aravinda Chakravarti, Ph.D, professor of medicine, pediatrics and molecular biology and genetics at Hopkins and a member of the IGM, “We have made considerable headway in creating a map of common DNA variations in humans, the HapMap Project and applied it with great success toward understanding many common diseases.”

“It is apparent that more detailed maps will speed up disease gene discovery for the many illnesses we still fail to understand. It’s crucial to complete the catalogue of common variation in DNA, the small fraction of genetic material that varies among people and leads to differences in susceptibility to disease, drug response or reaction to environmental factors, and the 1000 Genomes project will home in on these differences,” added Chakravarti.

The map is expected to take three years to complete and will roughly require around $50 million.

In trying to pinpoint the genetic causes of common disorders among people, the scientists hope that it will help tailor medical treatments to individual patients.

The 1000 Genome Project is scheduled to begin this year itself with three pilot studies. The first study will involve an in-depth scan of two families; the second study will then sequence the genomes of 180 people, while the third will examine 1,000 ge4nes in 1,000 people. However, the main project will only begin in 2009.