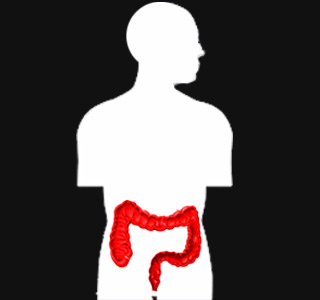 A couple of months back we had reported of the revolutionary development of the iPill by Philips. Once swallowed, it was believed that this pill could emit the required amount of drug within the patient’s body.

In a similar fashion an electronic diagnostic pill has now been analyzed, which boasts of having the ability to measure pH levels in the patient’s gastrointestinal tract. A team of experts from the NewYork-Presbyterian/Weill Cornell Medical Center were said to have used this SmartPill in patients suffering from mild to moderate ulcerative colitis (UC). Through this study it was discovered that these patients may relatively have more acidic pH in their colons.

The SmartPill, after being swallowed by the patient, is believed to make the required calculations in the digestive tract. The medication which is seemingly often used for patients with mild to moderate ulcerative colitis is said to be mesalamines. Apparently the effectiveness of this treatment may depend on the accuracy of the delivered drug to the diseased part. Another thing that was noted was that for emission, the delivery system of certain mesalamines may rely on a particular pH. In contrast to this, since there may be fluctuation in the pH level within the gastrointestinal tract, these drugs may not be able to effectively do their job.

Lead investigator, Dr. Brian Bosworth, assistant professor of medicine at Weill Cornell Medical College, says that, “By using the SmartPill to measure the pH throughout the digestive tract, we were able to see how the pH levels can vary in patients with ulcerative colitis. This may help us understand why some drug treatments are more effective than others.”

For the purpose of the study around 10 subjects were asked to swallow the SmartPill. Out of these, half were believed to suffer from mild to moderate UC while the remaining were healthy subjects. Through this technique it was observed that although all the subjects reached the pH level of 7, the time taken to reach this level varied among them. The subjects with UC seemingly took a longer amount of time to reach this level as compared to their healthy counterparts.

While this electronic diagnostic pill starts its journey through the gastrointestinal tract, it is believed to transmit the data to a SmartPill Data Receiver worn by the respective patient. Following the passage of this one-time-use pill from the patient’s body, the Data Receiver is seemingly returned to the concerned physician. After which the physician may be able to download the accumulated data on to a computer and accordingly evaluate the data. These findings may prove to be beneficial for developing treatment strategies for patients with mild to moderate ulcerative colitis.

This study was presented at the Digestive Disease Week (DDW) meeting in Chicago, Ill.