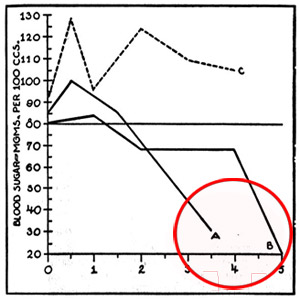 What happens when a study on a chronic ailment goes terribly wrong? Here is a perfect example of one. Diabetes increases the risk of heart disease. This said, it seemed pretty reasonable that if one’s blood sugar were to be lowered, it could possibly help diabetics who are also heart patients. However, the US government abruptly stopped a major study on the ailment soon after a number of deaths among patients who pushed their blood sugar to ‘super-lows’ were reported.

According to Dr.Elizabeth G. Nabel, director of the National Heart, Lung and Blood Institute, “Clearly, we did not anticipate the findings.”

The shocking discovery which was announced yesterday, prompted health officials to halt one part of the massive trial 18 months earlier so that thousands of the ‘type 2’ diabetic patients which were participating in the study could be notified and switched to less intensive, less risky treatment.

“As always, our primary concern is to protect the safety of our study volunteers. We will continue to monitor the health of the study participants and will seek to determine the cause,” Dr. Nabel added.

The study dubbed ACCORD involved around 10,000 patients and was supposed to answer the bog looming question: Could pushing blood sugar to near-normal levels, below today’s recommended target, help protect these high-risk patients’ hearts?

According to the institute’s National Heart Lung and Blood Institute, there were 257 deaths nationwide among people receiving intense diabetes treatment, compared with 203 in the standard treatment group. These figures translate into a 4% death rate among all participants.

The reason for the deaths majorly remains a big mystery. However, Dr. Nabel and other experts have emphasized that the benefits of blood sugar control have been well-established for diabetics. They also advise patients not to make any changes in their health care plan without consulting their doctors.

According to Dr. Steven Nissen, a cardiologist at Cleveland Clinic, “This is the second big surprise. This suggests that there are things drugs do that we don’t understand. We have to really ask the question: How low do you go?”