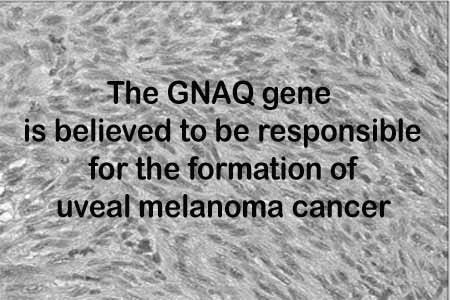 According to the University of British Columbia, a gene mutation has been identified that can trigger the uveal melanoma eye cancer. This is believed to be one of the most commonly formed eye cancers.

The researchers are said to have discovered a genetic mutation in the GNAQ gene, which is believed to be the main culprit for at least 45 percent of the uveal melanoma cancers.

Apparently, the melanocytes in the uveal tract give birth to the uveal melanoma cancer. This tract is said to be one of the three layers that structure the wall of the eye. A melanoma is said to be an unregulated growth of melanocytes. It’s stated that melanocytes are also found in the skin, and also that they are cells that are associated with fatal skin cancer.

Catherine Van Raamsdonk, assistant professor of medical genetics, UBC Faculty of Medicine, says that, “We discovered that GNAQ regulates melanocyte survival. When the GNAQ gene is mutated it leads to unregulated growth of melanocytes. Since cancer is a disease of unregulated cell growth, our findings led us to the discovery that a genetic mutation of the GNAQ gene causes uveal melanoma.”

A signaling pathway, that has earlier being linked with other types of melanoma, supposedly, gets triggered by the GNAQ mutations. According to the researchers, this type of mutation is also responsible for the formation of a benign skin mole, blue naevi.

Van Raamsdonk, also says that, “Prior to our work, the mutations responsible for uveal melanoma were completely unknown. No other research looked at mutations in GNAQ. The next step is to develop an effective treatment by targeting the specific biological processes that this mutated gene controls.”

Uveal melanoma is estimated to affect on an average one in 13,000 people. This is believed to be a very aggressive cancer. Apparently, once the cancer metastasizes, there is no effective treatment for it. In spite of being held responsible for only about 5 percent of all melanomas, this is believed to be the most common eye cancers in the U.S.

This discovery may be helpful for researchers to come up with new therapeutic interventions against some melanomas.

The research was funded by a grant from the Canadian Institute for Health Research and performed with support from collaborators at the Centre for Molecular Medicine and Therapeutics at Child & Family Research Institute in British Columbia, Stanford University and the University of California at San Francisco.

Their findings are published in Nature.