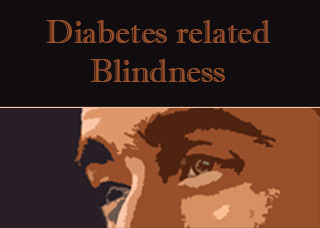 A team of scientists are seeking out better ways to spot the early stages of retinal damage from diabetic retinopathy. Diabetic retinopathy is caused by damage to the blood vessels in the eye’s retina. Vision loss is said to be preventable if the retinal damage is detected early enough. Now, the scientists in California have come up with a way of using beams of light to gauge blood flow in the back of the eye.

Diabetic retinopathy is said to be the leading cause of blindness in the adults in America. Diabetic retinopathy progresses in two stages. The disease sets in when the small vessels that carry blood to and from the eye swell and leak. As the health of the retina worsens, slow vision loss may take place. It may also lead to “proliferative” retinopathy where new abnormal blood vessels form. These blood vessels have thin walls, due to which they may scar and bleed, which may result in sudden vision loss.

“The more severe the retinopathy, the lower the blood flow to the retina,” says David Huang of the Keck School of Medicine, University of Southern California, Los Angeles. This observation may lead to the development of enhanced ways to early diagnose this particular condition.

Presently, fluorescein angiography is said to be the most common method used to detect retinopathy. This method is moderately invasive, and may also cause nausea, vomiting or may even cause severe allergic reactions. Optical coherence tomography, on the other hand, is believed to be a relatively less invasive way of diagnosing retinopathy. It is hoped that these factors may aid ophthalmologists in easily diagnosing this condition in patients.

These findings are described in the special Interactive Science Publishing issue of Optics Express, the journal of Optical Society.