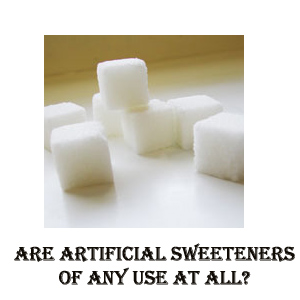 Most of us try to substitute sugar for low-calorie sweeteners. Some of us also drink diet sodas in hope of losing weight. But, according to researchers the consumption of no-calories sweeteners may actually make it harder for people to control their intake of saccharine and body weight on the whole. So, it looks like it may be the right time to pour that diet Pepsi or Coke down the drain.

Researchers at the University of Purdue have conducted a series of tests on rats in which they discovered some alarming findings. The scientists found that the rats who consumed artificial sweeteners tended to be more obese than other rats on the same diet but sans the artificial sweeteners.

According to Susan Swithers, associate Professor of Psychology at Purdue University and study author, “When we fed yogurt to rats that had artificial sweeteners in it, the rats gained far more weight. They did not receive messages from their brains to signal it was time to stop eating, and so they continued to gain weight.”

During the experiments, rats that consumed food that did not contain artificial sweeteners, did not gain a lot of weight. Other rats consuming the same food that was artificially sweetened tended to put on weight rapidly.

However, there seem to be some skeptics with regards to this study. And, who else could they be other than the manufactures of the Artificial Sugar Substitutes and Sweeteners themselves! They claim that obesity in rats will not necessarily cause obesity in humans.

But, the good news, Swithers says, is that people can still count calories to regulate intake and body weight. She also added that based on the laboratory experiments, other artificial sweeteners like sucralose and aspartame, which also taste sweet but do not predict the delivery of calories, could also have similar effects.

As of now, research on this topic still continues and tests will probably have to be conducted on humans themselves so that the truth of the matter emerges.