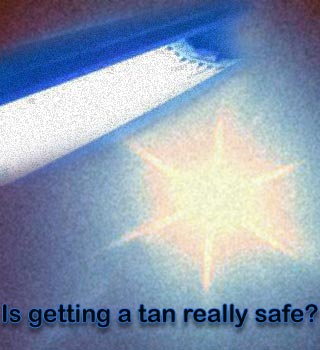 What according to you is a safe tan? If a recent report is to be believed, then there is nothing like a safe tan. A trio of papers published in the October issue of Pigment Cell and Melanoma Research claims that no tan is actually safe. So incase you thought tanning beds was a safe option, think again.

Dr. David Fisher, director of the Melanoma Program in Medical Oncology at Massachusetts General Hospital in Boston, president of the Society of Melanoma Research, and author of one of the other papers in the journal, revealed, “We wanted to counter the marketing and a response to the misperception of the true cost/benefit analysis of UV radiation. Whereas genetic and other factors undoubtedly contribute importantly to skin cancer risk, the role of UV is incontrovertible.”

“There’s a lot of money to be made, and the tanning industry has been quite successful even in places like New Mexico and South America selling tanning as a safe alternative to outdoor sun. We’re trying to point out that it’s not the case,” mentioned Marianne Berwick, author of one of the papers and a professor of internal medicine at the University Of New Mexico Health Sciences Center in Albuquerque.

Scientists from the US and UK assert that accumulating evidence put to question the definitions of a safe tan. Considering supposed health benefits of UV rays are overstated if not downright wrong, researchers reveal that UV rays no matter where you get them from subsequently cause skin cancer. They claim to have strong evidence to support the fact that tanning and cancer are both initiated with DNA damage from UV rays. The team has apparently discovered a common factor between getting a tan and early stages of melanoma.

To add to the woes of tan lovers, the recent research also brings to light a previous study which suggest that people who start using sunbeds under the age of 35 were at a 75% increased risk of melanoma. The researchers reveal that use of sunbeds damages the skin, often leading to premature ageing and skin cancer including the most serious one, malignant melanoma. If not identified and treated at an early stage, this condition can prove fatal. They therefore conclude that regardless of the source a safe tan is virtually impossible.

One of the most common cancers in the UK, skin cancer estimates to nearly 100,000 cases a year. The researchers are thus calling for a ban on children using sunbeds along with publicity gimmicks claiming sunbeds are a safer option.