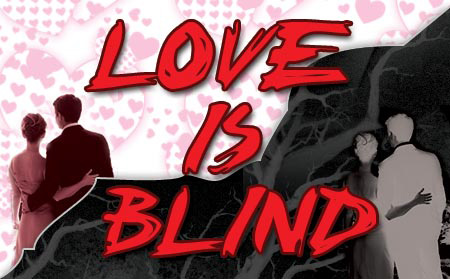 The age old believe that love is blind is in actual fact true, at least when it comes to looking at others. A team of researchers at the University of California Los Angeles together with dating Web site eHarmony reported this recently.

According to Gian Gonzaga of eHarmony, whose study is published in the journal Evolution and Human Behavior, “Feeling love for your romantic partner appears to make everybody else less attractive, and the emotion appears to work in very specific ways in enabling you to push thoughts of that tempting other out of your mind.”

For the study, the volunteers were asked to choose the most attractive photos, and write and essay either about their current romantic partner, or the subject of their choice.

And later asked to recall the cuties in the pictures, the students who wrote about their lovers remembered fewer details about the physical appearance of the attractive strangers.

“These people could remember the color of a shirt or whether the photo was taken in New York, but they didn’t remember anything tempting about the person,” Gonzaga said.

Gonzaga and Haselton asked 120 heterosexual undergraduates in committed relationships to examine photographs of attractive members of the opposite sex from an eHarmony Web site.

“It’s not like their overall memory was impaired; it’s as if they had selectively screened out things that would make them think about the how attractive the alternative was.”