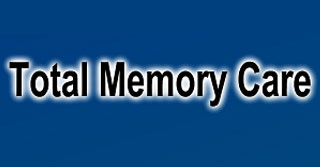 Tylenol PM users, are you facing memory problems off late and wonder whether you are going to be a victim of Alzheimer’s? Then just throw away the drug from your medicine kit. Strange but true, it can play around in your brain mimicking the symptoms of dementia.

Recently doctors found out that Tylenol PM has anticholinergic side effects on the people consuming it. Anticholinergic is a property of some medicines which block the chemical Acetylcholine in brain which is critically essential for memory.

This property of the medicine was found out by Dr. Amarish Dave’, board certified neurologist and author of audio book, ‘Total Memory Care’, when a 57-year old patient complained to him of loss of memory, confusion and difficulty in concentrating for a year. After her evaluation by the doctor, she was instructed not to take the medicine, which she used as a sleeping pill. The patient reported of “coming out of a fog” after stopping the usage of the medication.

Dr. Dave’ said, “Memory problems are so common and the big concern for most patients is, am I developing Alzheimer’s dementia? However, I find that many of these patients are on medications that have anticholinergic properties that can cause memory problems, and by eliminating them, the memory problems can sometimes lessen or improve, and sometimes improve dramatically.”

A drug called Ditropan, which is used for bladder problems, also shares few of its properties with Tylenol PM. Both the drugs have been discovered to cause memory problems because of their anticholinergic side-effects.