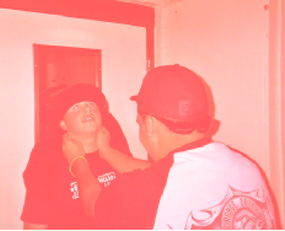 In a shocking revelation by the US Centers for Disease Control and Prevention, it has come to be known that around 82 youth have died from playing the “Choking game” since 1995.

In case you are unaware, this weird and highly dangerous ‘game’ involves self-strangulation or strangulation by another to achieve a brief euphoric state caused when blood rushes into an oxygen-depleted brain. A number of youth also call this act “the pass-out or black-out” or the “Space Monkey” game.

According to Robin Toblin, PhD, MPH of the CDC’s National Center for Injury Prevention and Control, “The choking game involves intentionally trying to choke oneself or someone else with one’s hand or a noose to attain a brief euphoric state or high. If the strangulation is prolonged, which is something that can happen very quickly, death or a serious injury can result.”

Realizing the magnitude of this situation, the CDC began a study soon after theur received a letter from a doctor in Washington who said that her 13-year old son had died from playing the game in 2005.

From 1995 to 2007, the CDC found 82 media reports of deaths related to the choking game in the US alone. On an average, it was found that the kids of died were 13 years old and 87% were found to be boys. Nearly none of their parents were actually aware that such a strange game existed.

From 1995 through 2004, fewer deaths were reported, while they increased to 22 in 2005, 35 in 2006 and at least 9 in 2007. However, the investigators are not yet sure what drove the increase in recent times. But, what goes with saying is the fact that death from the choking game is under-reported and figures would definitely be more than what has been made known.

Toblin said that similar games have been played for generations. “Whats is new is that youth are playing alone and using ligatures which are risk factors that make them more likely to die from this activity,” he explains.

The CDC urges parents, teachers, and health care workers to learn the possible warning signs of the choking game. Sings include discussion of the game, bloodshot eyes, marks eyes, marks of the neck, severe headaches, disorientation after spending time alone, ropes, scarves, and belts tied to bedroom furniture or doorknobs of found knotted on the floor, and the unexplained presence of dog leashes, choke collars, and bungee cords.

“Because most parents in the study had not heard of the choking game, we hope to raise awareness of the choking game among parents, health-care providers, and educators, so they can recognize warning signs of the activity. This is especially important because children themselves may not appreciate the dangers of this activity,” said Toblin.