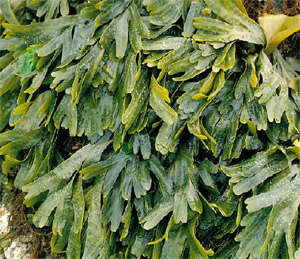 Researchers have suggested that seaweed could help to cure diabetes. Scientists from MicroIslet firm at San Diego have developed the seaweed coating as a potential cure for diabetes.

Alginate, a jelly-like substance extracted from the seaweed is being wrapped around insulin-producing cells taken from pigs and injected into the patients’ body, hiding the pig cells from the immune system.

Diabetes which affects millions around the world, develops when the pancreas, which produces insulin, packs up completely or does not make enough to help cells absorb glucose from the blood.

The transplant programme for diabetes involves the harvesting of islet cells, from a healthy donor pancreas and injecting them into patients who can’t produce their own insulin.

Around a dozen patients in Britain have had the treatment so far, with some being cured and no longer needed to inject insulin.

Insulin-producing pig cells are a close match for humans but they still get picked up by the body’s defence system as a foreign invader.

Alginate is widely used in areas such as wound dressings as the body recognizes it as friendly rather than foreign.