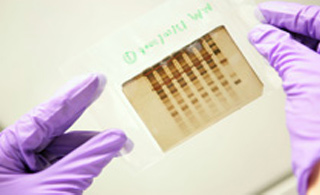 About 4 days back we were enlightened on a technique to gauge heart problems in infants. Now, British Heart Foundation scientists have unfolded that proportions of a certain enzyme in blood could predict if a person is at risk of developing heart and circulatory disease.

As per the analysis, if the blood of an individual comprises higher amounts of protein cathepsin S, they are more likely to be susceptible to death. The latter is a kind of enzyme and the study suggests that it apparently plays a role in the development of heart problems and circulatory disease.

Professor Jeremy Pearson, Associate Medical Director, British Heart Foundation, remarked, “This is an interesting study but the numbers of participants are too few to be sure cathepsin S levels can really be used to predict if someone might die from heart disease.”

He added that blood markers which indicate heart disease are well-known and used prominently. However, many more trials may be needed to affirm if presence of cathepsin S could help in gauging heart diseases. For the latter to be used as blood marker, there is still some time. Cardiovascular disease (CVD) alternatively known as heart and circulatory disease is known to be very common in the U.K. It leads to most number of deaths in the region and is inclusive of issues like coronary heart diseases such as angina, heart attack and stroke.

The study was published in Journal of the American Medical Association and presented at the European Cardiology Society’s annual congress in Paris.