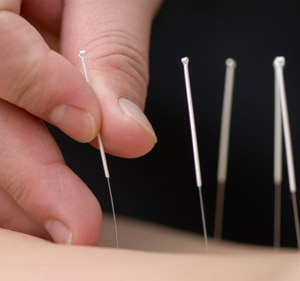 Acupuncture, a well-known alternative therapy is being to treat a number of ailments today. Now, a new German study has shown that acupuncture could help relieve menstrual pain, thereby improving the quality of life for many women.

For the study, acupuncture patients were compared with a control group that received no form of therapy, rather than a fake version of the treatment.

“Nevertheless, our study showed that acupuncture was beneficial for women if offered as part of the health insurance system,” her colleagues write in the study.

Non-steroidal anti-inflammatory drugs, or NSAIDs, are standard treatment for menstrual pain, but they carry the risk of side effects, Witt and her team note in their report. Acupuncture and acupressure have been found helpful in treating other types of pain, so the researchers tested whether acupuncture delivered by doctors — as it typically is in Germany — would help with dysmenorrhea.

Since 2000, the researchers note, the nation’s health insurers have recommended that acupuncture to relieve pain only be covered by insurance if it is delivered as part of a study to investigate its effectiveness.

The researchers enrolled 201 women who agreed to be randomly assigned to acupuncture or no treatment.

After 3 months of treatment, which included an average of about 10 sessions, the average pain score was 3.1 in the acupuncture group, compared with 5.4 in the control group, using a pain scale of 1 to 10, with 10 being the worst pain.

Among women given acupuncture, 63.4 percent reported at least a 33 percent improvement in their symptoms, while 24 percent of women in the control group did.

Based on these findings, the researchers conclude that “acupuncture should be considered as a viable option in the management of these patients.”