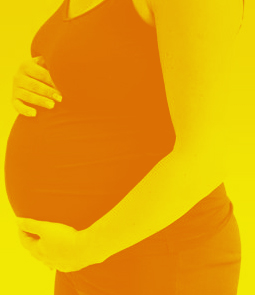 What your mother ate when you were in her womb has a vital impact on your health and future life. And perhaps what you eat could have an effect on your offspring.

The fact that smaller babies were more prone to heart disease, stroke, hypertension and diabetes was known to most of us. But in the recent times it has emerged that poor nutrition during the period of fertilization and egg implantation also seem to have an adverse effect in adult life.

Now the fact that’s coming to light is that even before conception, maternal diet is vital to the health of the next generation. Even as the egg first leaves the ovary and begins to mature, it goes through nutritional deficits in the mother that can profoundly affect its capability. These latest results were found by Adam Watkins and colleagues.

To study the effect, the experts fed female mice on a special low-protein diet during one three-and-a-half day ovulatory cycle and then let the mice mate. The offspring were examined and it was found that the pups suffered from several problems.

Watkins stated, “They were hypertensive, had poorly functioning blood vessels that did not relax properly when treated with reagents that should dilate them, had kidneys of abnormal structure and size, and exhibited reduced exploratory activity,”.

Adding, “These disturbing effects cannot necessarily be extrapolated to the human condition, but do illustrate the need to investigate whether such a link might exist in women.”

The study is published in The Journal of Physiology.