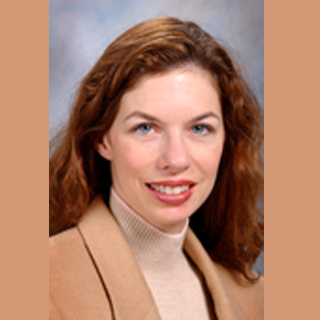 Endometrial cancer seems to refer to numerous kinds of malignancy which could crop up from the endometrium or lining of the uterus. Study authors from the University of Texas M. D. Anderson Cancer Center account that in a small study of women with advanced or recurrent endometrial cancer, gemcitabine and cisplatin, when utilized in grouping appeared to generate a response rate in around fifty percent of patients.

While early-stage endometrial cancer appears to generally react well to normal therapies, low survival rates for advanced or recurrent disease apparently results from inadequate and unsuccessful chemotherapy and hormonal treatment options. The American Cancer Society approximates that roughly 15 percent, or 3 out of every 20 of women with stage IV endometrial cancer, may survive for over five years.

The Phase II study of 20 patients discovered that the grouping of gemcitabine and cisplatin, two drugs presently used to treat other kinds of cancer, appeared to curb the disease’s progression, rising progression-free survival while sustaining tolerable toxicity levels. It is assumed that when administered together, gemcitabine could aid in overcoming cell resistance to cisplatin, throwing tumor cells a powerful one-two punch.

Jubilee Brown, M.D., associate professor in M. D. Anderson’s Department of Gynecologic Oncology, commented, “These results are encouraging, offering a new direction for our research for women who suffer from advanced disease. The findings have the potential to offer another option to these patients, but establishing this treatment as a standard of care will require more research.”

Study authors apparently enlisted patients with stage IV or recurrent endometrial cancer between November 2004 and September 2009 in the single-institution study. Women were said to be treated with gemcitabine and then cisplatin twice during each chemotherapy cycle, thereby experiencing an average of five cycles. Patient reaction was believed to be assessed with physical and pelvic examinations and imaging studies following every three cycles.

Out of the 20 patients, 2 apparently had a total remission; 8 appeared to have a partial response, or a reduction in the size of a tumor or in the extent of cancer in the body; approximately 6 patients supposedly underwent a stabilization of disease, denoting that their cancer neither reduced nor augmented in extent or severity; and roughly 4 went through a progression in disease, meaning their tumor grew or cancer metastasized.

The discoveries appeared to illustrate a 50 percent by and large response rate, or improvement in disease. Moreover, the clinical advantage of the two-drug combination was believed to be around 80 percent, as 16 of the 20 women underwent either an improvement or stabilization of disease. All side effects ensuing from the therapy were believed to be controllable. Brown noted the outcomes from the study warrant investigation of the chemotherapy grouping in a bigger, definitive trial at numerous institutions.

Gemcitabine and cisplatin in merging have apparently been examined widely in other disease sites, and synergism of the two agents has supposedly been verified in cell lines of human endometrial, ovarian, colon, lung and squamous cell head and neck carcinomas.

The study was presented at the plenary session of the Society of Gynecologic Oncologists’ 41st Annual Meeting on Women’s Cancer.