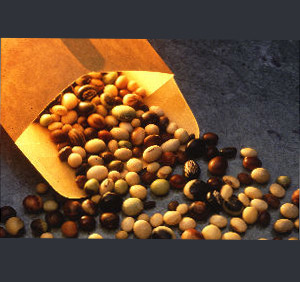 The benefits of soya seem to be elevating in the health zone. Already known to be keep heart attacks at bay, soya may now treat life-threatening childhood disease known as Sanfilippo. Investigators from The University of Manchester claim that a naturally occurring chemical in soya beans can be an effective new treatment for Sanfilippo.

It was determined that genistein present in soya beans has a significant effect on mice with the human childhood disease Sanfilippo. Apparently, sanfilippo is an untreatable mucopolysaccharide (MPS) disease leading to behavioral problems, hyperactivity and death in early teens. For a period of nine months mice with Sanfilippo disease were made to eat high doses of genistein. A dramatic delay in mental decline was presumably observed among the treated mice. Also mice that were treated had a third decrease in the amount of excess sugars found within the brain and the disease.

A sixth reduction in inflammation was registered within the brain of treated mice. It was concluded that genistein treatment completely corrects hyperactivity and other abnormal behavior noticed in Sanfilippo mice. When affected by the sanfilippo disease, an enzyme probably results in faulty breakdown of complex sugars within the cell. Such a faulty breakdown apparently causes storage of under graded complex sugars in cells. Dr. Brian Bigger, from the University’s MPS Stem Cell Research Laboratory and colleagues assume that this leads to disturbances in brain function and ultimately mental deterioration. Further investigations will be carried out on patients with Sanfilippo disease.

The research is published in the journal Public Library of Science One.