A latest research by the University of Pittsburgh says that a patient’s take on their own health, apparently influences the amount they walk. 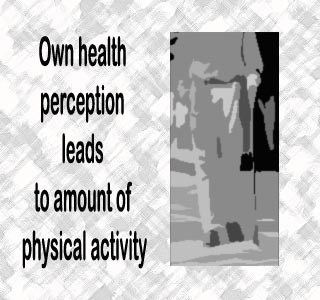 More than around 2,000 older adults, aged 65 above, were kept an eye on for this study. Apparently, they studied participants, who believed they were in overall good health, walked more blocks, weekly, as compared to those who were not equally confident about their overall well-being. It’s also stated that, evidently, participants who believed that their overall health as well as balance was poor supposedly walked even lesser. It’s stated that participants who walked at a normal average speed, evidently, walked more blocks than the ones walking at a slower speed.

Study’s lead researcher, Jaime B. Talkowski, P.T., Ph.D., a Research Associate and the then Instructor at the University, says, “The purpose of this cross-sectional study was to investigate the simultaneous impact of psychological factors–health perception and balance perception–and physiological factors–gait speed, fall history and balance performance–on walking activity in older adults.”

According to the researchers, this study is very crucial because it examines the link that the perception of one’s overall health and balance, has with the amount of activity older adults have. Talkowski points out the need for physical therapists, during examination, to apparently question older adults about their perception of their own overall health and balance, along with their health history. This will evidently in turn aid in better analysis of the situation and treatment.