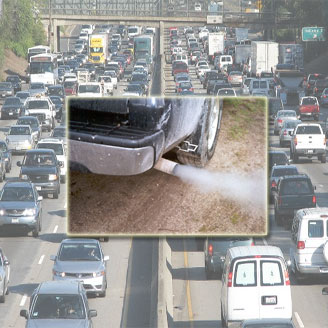 A new study has said that breathing in polluted air even for a single hour, could have long-term harmful effects on the brain. Inhaling dirty and diesel-filled air may interfere with normal brain function and information processing.

A team of researchers at Zuyd University in Holland have conducted this study. They found that nanoparticles which are present in exhaust fumes tend to alter the way the human brain functions on reaching the brain when they are inhaled.

Lead research Paul Borm said, “We can only speculate what these effects may mean for the chronic exposure to air pollution encountered in busy cities where the levels of such soot particles (nanoparticles) can be very high.”

The researchers came to the conclusion after they analyzed the brain functions of a group of ten volunteers who were asked to spend an hour in a room filled either with clean air or exhaust from a diesel engine.

All the participants were wired up to a device called electroencephalograph (EEG) that records the electrical signals of the brain. The team monitored them during the period of exposure and for an hour after they left the room.

After about 30 minutes, the brains of those in the exhaust rooms displayed a stress response on the EEG, which is indicative of a change in the way information is being processed in the brain cortex. This effect continued after they were no longer in the room.

Past studies have linked nanoparticles found in traffic fumes with increased rates of respiratory and cardiovascular diseases.

However, as of now, further research is needed to determine the clinical effect of this and whether it has any long-term impact on verbal and non-verbal intelligence or memory abilities.