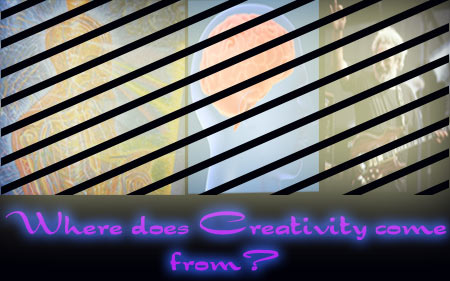 Have you ever wondered how jazz musicians improvise and play along with the band, simultaneously keeping time with the whole scheme of things? Think something very close to dreaming, because scientists are now peering inside the brains of today’s jazz musicians to learn where creativity comes from, and from the “sound” of it, yes, being creative equals to a dream-like state!

This is not solely being undertaken for the sake of jazz enthusiasts and musicians; rather, it will be a bold experiment in the neuroscience of music. This particular field has been booming as researchers have realized the potential that music holds when it comes to explaining the workings of the human brain. In fact, how we play and even listen to music provides a window into most everyday cognitive functions ranging from attention to memory to emotion.

It must be noted however, that creativity has been deemed too elusive to actually be measured. feels that jazz improvisation holds the potential to throw light on this matter. He did so by comparing what happens in trained musicians’ brains when they play by memory and when they play solely by ear.

So how exactly would you watch a brain on jazz?

Dr.Limb fit a special plastic keyboard inside the rather cramped up MRI scanning cell, since one can’t really play a trumpet or sax inside the MRI machine due to magnetic interference and space constraints.

Then, they put 6 professional jazz pianists inside to measure brain activity whole they played straight and when they improvised. Further, through earphones, they listed to a prerecorded jazz quartet accompaniment, simulating a real jam.

It was found that getting creative uses the same brain circuitry that was measured during a dream state. First, inhibition switched off, meaning that the brain’s dorsolateral prefrontal cortex shut down. Then, self-expression switched on. It was found that a smaller area called the medial prefrontal cortex lit up. Interestingly, earlier research had shown how language forms linked this particular region to autobiographical storytelling!

It is even more interesting to note that jazz improvisation produces such individual styles that people almost refer to it as “telling your own musically story.”

Further, the musicians in the experiment were also shown to have heightened sensory awareness. For instance, regions involved with touch, hearing and sight powered up during improvisation even though none of the musicians touched or saw anything different and the only new sounds were the one’s that they created.

“We’re all creative everyday. Are our brains doing the same things?” questions Dr.Allen Braun who studies the relationship of language and music at National Institute of Deafness and who assisted Dr.Limb.

Now that Braun and Limb have understood certain things about the brain with regards to creativity, they hope to test whether the brain’s of highly trained musicians might work differently than an amateur pianist’s, or perhaps even an artist’s or writer’s for that matter.