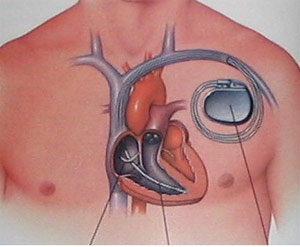 Hackers will just not spare anything or anyone these days. Now, a new study has said that it is possible to hack implanted devices such as pacemakers so as to obtain the patient’s information or even tampering with the device.

During the testing phase, the research team was able to make one Medtronic device release sensitive patient information off its computer chip. They managed to make it run improperly and even run its battery down using inexpensive equipment.

According to Dr.William Maisel of the Beth Israel Deaconess Medical Center and Harvard Medical School said, “I think patients with implantable defibrillators should not be worried by this. I think we would be doing them a disservice if this upsets them. There has never been a documented malicious attack on someone’s implantable cardiac defibrillator.”

The researchers said that they contacted the U.S. Food and Drug Administration. The federal agency acknowledged that a hacker could use specially crafted software and a hand held antenna to transmit data from a defibrillator through the airwaves, but maintained that the chance of a hacker intercepting or maliciously reprogramming a defibrillator was slim.

However, the findings call into question patient privacy that is protected by HIPPA and other federal regulations, and underscore the need to ensure effective data loss prevention practices.

Defibrillators, known as ICDs, use electrical shocks to normalize a heart that has an irregular beat or is suffering from other abnormalities. The defibrillators, which can also include a pacemaker, can keep a record of heart activity, transmit information to a bedside station and alter health workers to any dangerous or unusual activity.

Maisel and his team of researchers reported that more than 2.6 million pacemakers and ICDs were implanted between 1990 and 2002.