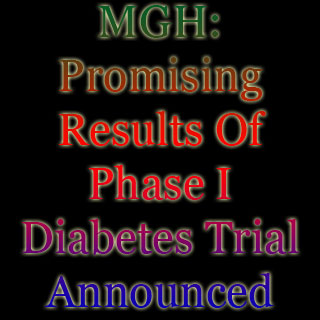 BCG, presently approved by FDA as a TB vaccine and bladder cancer treatment is a generic drug apparently having 90 years of safety data. A Mass. General Hospital, Iacocca Foundation research team has now described the use of the drug as assuring in a Phase I clinical trial in the treatment of advanced type I diabetes. The experts suggest the replication of the mouse model mechanism in human patients with the disease.

The scientists present two abstracts. The first one includes the seeming reproduction in human patients of type 1 diabetes reversal as seen in the mouse model. The second one characterizes the proposal that an important missing part of the mechanism may possibly elucidate the reason why recent trials of a diabetes therapy which was antibody-based had not been a success.

“We found that even low doses of BCG could transiently reverse type 1 diabetes in human patients. One of the key components of this study was our development of a way to measure the death of the autoreactive T cells that destroy the ability of the pancreas to produce insulin. Not only did we observe and measure the death of these self-targeting immune cells, but we also saw evidence of restoration of insulin production even in patients who’ve had type 1 diabetes for more than a decade,” Denise Faustman, MD, PhD, director of the Massachusetts General Hospital (MGH) Immunobiology Laboratory and lead researcher of the team comments.

Reportedly BCG is said to boost levels of the immune modulator tumor necrosis factor (TNF). Earlier work in Faustman’s lab is believed to have temporarily eliminated abnormal WBCs in both humans and mice accountable for type 1 diabetes. Six long-term type 1 diabetes patients were enrolled for this phase I double-blinded clinical trial. These patients had been diagnosed with the condition for 15 years on an average and were randomly assigned to receive two injections of either BCG or a placebo. The injections were administered in the gap of four weeks.

In addition to this, blood samples from the participants were compared with samples attained from six non-diabetic volunteers along with 75 additional individuals with diabetes and 15 without reference samples. The experts analyzed four measurements for each sample. It was observed that a larger chunk of the participants who had been treated with BCG indicated an increase in auto – reactive T cells death and also the protective regulatory T cells levels.

Furthermore, there appeared to be an important though temporary scaling up of C-peptide levels. This suggested restoration of insulin production in the BCG-treated patients. Contrary to expectations, the researchers found identical responses in one of the placebo-treated patients. Post enrolling for the analysis, he is said to have developed infection with the Epstein-Barr virus.

“These data support our hypothesis that BCG may benefit human type 1 diabetes by boosting TNF levels,” adds Faustman. “The data from the EBV-infected patient show that induction of TNF expression from diverse sources may have been a missing component in two recent, unsuccessful Phase III trials that tested antibodies against the immune molecule CD3 in type 1 diabetes patients. Those trials were specifically designed to avoid reactivating any latent EBV infection, but blocking EBV activation could also block TNF expression. ”

The phase II trial is presently underway. At the American Diabetes Association scientific sessions in San Diego, results of the phase I clinical trial were made public.