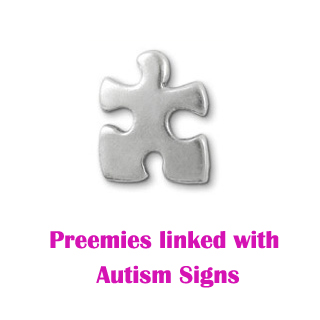 A study conducted by a team of Canadian and US researchers concludes that highly premature born babies showed raised risk for Autism. The study carried out on 91 preterm infants found that 26 percent of them had a positive result on the autism screening tool. The latest study has been published in the Pediatrics journal.

The infants were treated with traditional magnetic resonance imaging studies at preterm and/or term-adjusted age, with a follow-up at about 22 months.

The Modified Checklist for Autism in Toddlers, the Vineland Adaptive Behavior Scale and the Child Behavior Checklist were used by the team of researchers.

The new study is quite a breakthrough in detecting that very low-birth weight infants display early autistic signs, and till now this was an under-recognized aspect of underweight newborns.

Furthermore, the experts noted that the findings suggest that early screening for signs of autism may be acceptable in this high-risk population, followed by definitive autism testing in those with positive screening results.

The American Academy of Pediatrics advocates autism screening for all children by age 2. Though, Autism can’t be cured, early behavior therapy can help decrease its intensity.