Why sparkling may not be the best thing in your glass 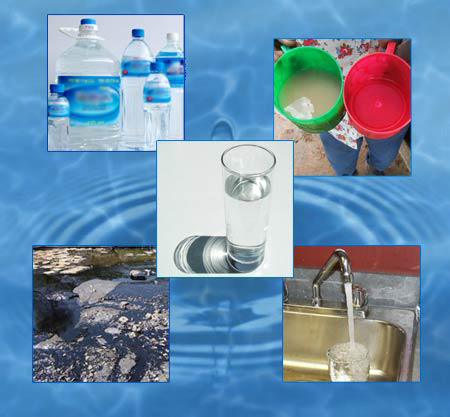 Water is at once unique and invokes a sense of irony. Water is the most abundant commodity and yet, bottled drinking water is one of the fastest growing FMCG segments. 70% of the earth’s surface is covered with it, yet ocean water is not consumable. Of the 3% which is fresh water, not all is available for consumption at a given time. Sheer occurrence of potable water is an issue of life and death in many parts of the world. While in other parts of the world, obscene amounts of it are used just for recreation. How water is indispensable to health and life on the planet saturates school and college texts. This feature will focus on how some though should go into the simple decisions of what fills your glass.

What lurks in that clear glass…

Water borne diseases are the leading cause of death worldwide. Water is in its purest form in nature when it condenses in the form of rain. This, of course, is discounting acid rain and the like. The moment water touches the ground, it starts taking up contaminants. Ground water and surface water can be contaminated by human and animal waste, garbage, atmospheric and soil flora, industrial run-off etc. Even large amounts of minerals dissolved from soil are harmful to health. Thus rural areas are at high risk. According to WHO estimates, 1.8 million people die every year from diarrhoeal diseases. Malaria, which spreads through mosquitoes breeding in still water, claims 1.3 million lives every year. Hundreds of millions of others are claimed by various other diseases such as schistosomiasis, trachoma, hepatitis etc.

In cities and towns of course, drinking water is subjected to a variety of tests and checks to ensure whether its potable. Yet, instances of outbreaks are numerous. A city’s water works may have a hundred or more parameters to check for safety but there are hundreds, if not thousands of other factors that affect safety but have not been encountered or studied yet. After the water leaves the plant, chances of a breach inside and outside the pipe are, as you can imagine – scarily numerous.

More recently, various human and animal drugs including psychiatric drugs have been found in western countries in the sewage system and at times, in the drinking water. Although concentrations may be in parts per million (ppm), the health effects are as yet undetermined. And we don’t even have checks for that.

What’s in a name?

The purpose of this feature is not to scare you into buying bottled water but understanding the risk. Packaged drinking water or mineral water, as we commonly call it, is not always a safe bet. Most products so labeled are nothing but your everyday tap water allegedly purified further. There are hundreds, if not thousands of ‘brands’ available all over India. The railway food stalls have a new brand displayed in every season. The regulations regarding packaged beverages are not carved in stone in western countries and in India, regulations or rather, ‘guidelines’ range from lax to ambiguous to non-existent. To add to that, cases of re-packing tap water have also been reported. Re-packing sophisticated looking packages is possible at little or no cost as is known with all the scams regarding milk. But that is another issue for another day. The huge pesticide issue from a couple of years back failed to even nudge the authorities. The Centre for Science and Environment (CSE) still claims that colas and even so called mineral water still have the same levels of pesticides including DDT. The levels are more than 20 times above the standard! The ‘concept’ of ‘spring water’ has thankfully not taken off in India.

So am I going to offer any solutions or am I going to go on indulging in sensationalism?
The answer is – a bit of both.
Are we saying seemingly safe drinking options may be highly hazardous?
Yes, especially in summer.

So what should I do?
At home of course, all the precautions including boiling are expected to be followed. The scenario to consider is when you are outside. Food cooked even in 5-star restaurants has been found to be as laden as the food offered by roadside stalls.

A thought should be spared here for good old fashioned tap water. Many a times, tests have shown that tap water is just as safe, if not more so than bottled water. The chlorine treatment given to drinking water remains effective for a long time. Fluorine added to drinking water reduces dental carries. So if you choose to rely completely on bottled water like the informed citizen that you are, you may end up paying more visits to the dentist, not to mention the hole it will burn in your pocket. Then why pay hundreds of times the price for something that is available on opening a faucet? Those bottlers are making a killing, aren’t they? Selling plain old water for 10 bucks a bottle has to be the best business there is, right? But if I’m to decide between the very public water fountain that is somehow spewing out clear water and a rather unknown brand of ‘mineral water’, now available in convenient packs of Rs. 8, 13 and 20, I would have somewhat of a dilemma on my hands. I guess that is the price you pay for uncertainty!

So, carrying water from home is always the best option. If you can’t avoid eating outside, opt for food that is cooked and preferably hot. And when there is no safe source of water available except the glasses the waiter carries with his fingers dipped, having a cold drink, anything packaged is actually a safer option!