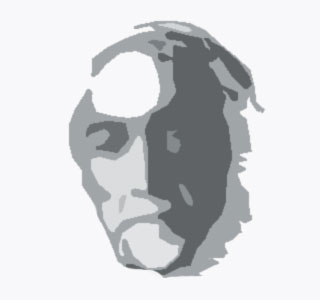 Carnegie Mellon scientists have succeeded in unveiling the disruption in the neural circuitry of those people suffering from congenital prosopagnosia, or in common language face blindness. They have also given a biological explanation for this disorder.

It is presumed that around 2% of the population is affected with this unique disorder. Congenital prosopagnosia or face blindness is a lifelong incapability to recognize faces due to certain neurological damage. It can occur in people with intact vision and intelligence.

White matter is one of the three main solid components of the central nervous system. It is the tissue through which messages pass between different areas of grey matter within the nervous system. People suffering from congenital prosopagnosia, can’t recognize faces but can relatively recognize other objects.

Scientists from Carnegie Mellon University, Kings College in London and Ben-Gurion University in Israel were a part of this study. Subjects aging from 33 to 72 were studied, using diffusion tensor imaging and tractography. These scientists revealed that as opposed to normal brains, there is a reduction in the integrity of the white matter tracts in the brain of the people suffering from this disorder. It is also said that the extent of the reduced white matter circuitry was linked to the severity of the behavioral impairment.

The sighting of reduced white matter circuitry could possibly lead to a deeper analysis of other neurodevelopment disorders, like dyslexia. This disease is in most of the cases, said to be inherited, thus these kinds of studies can aid in better understanding the relationship between genetics and cortical development.

Marlene Behrmann, a professor of psychology at Carnegie Mellon says that, “This disorder is also of great interest in helping us understand how and under what conditions the brain is or is not ‘plastic’ as these individuals appear not to be able to compensate for their inability to recognize faces even though they have had ample opportunity to do so over the course of development.”

Until now very few successful therapies have been developed. Individuals often learn how to accommodate for their loss of face recognition, by making use of feature-by-feature recognition strategies or secondary clues like body shape, hair color and voice. Since the face is an important part for identification in the memory, it gets difficult for the face blindness patient to keep a track of data about people and also socializing with them. Behrmann says that the team is exhilarated by the discovery that the inability to transmit signals between various segments of the brain, may give a biological explanation for this disorder.

The results were published online in the Nature Neuroscience issue.