Love Thy Neighbor – perhaps you may not always have reason to do the same! 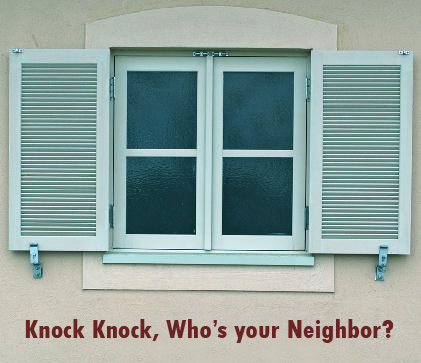 A new research conducted at the Peninsula Medical School, South West England concludes that there is a strong association between neighborhood deficiency and the physical and intellectual health of older people. These conclusions have been drawn on the basis of two studies, which used data on participants in the English Longitudinal Study of Ageing (ELSA).

The first study included more than 7,000 participants aged 52 plus, who resided in the urban regions across England. This study discovered that even when individual differences in education and income were considered, people living in the most deprived areas were notably more likely to have poorer cognitive function than those living in the least rundown areas. Now this conclusion surely rings a warning bell, as poor cognitive function in older people is closely linked to the risk of developing dementia.

On the other hand, the second study analyzed 4,148 persons aged 60 years and above. This study got into examining whether any link exists between mobility disability and neighborhood deprivation. Over a duration of two-years, 13.6% of those in the most deprived areas developed problems with mobility, but a mere 4.0% of those in the least deprived areas developed such issues.

Both the studies considered aspects like individual differences in income, education, and health while drawing the conclusions.

Both the studies were led by Dr. Iain Lang from the Peninsula Medical School. Lang said, “These findings show the first direct links between the state of a neighborhood and levels of functioning among its middle-aged and older residents. For both men and women, those living in deprived areas have poorer cognitive function and higher rates of mobility problems than their counterparts in ‘better’ areas.”

Lang continued, “Clearly the type of neighborhood you live in has an important effect on your health in later life. This underlines how important it is for local and central government to provide adequate levels of health and social care where they are most needed – in our poorest communities.”

The latest findings have been published in the Journal of the American Geriatrics Society and in Age and Ageing.