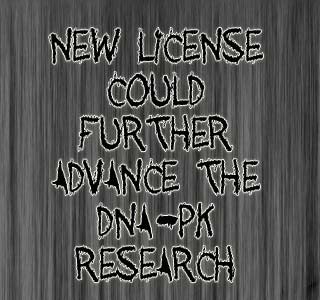 Cancer Research Technology Limited (CRT), a company specializing in developing cancer-related novel discoveries, is believed to have issued the rights of one of their exclusive programs to KuDOS Pharmaceuticals Ltd. (KuDOS), which is an entirely owned subsidiary of AstraZeneca.

CRT has seemingly licensed the rights to their DNA-dependent protein kinase (DNA-PK) inhibitor program to KuDOS. This license is stated to have been made by CRT, KuDOS and the Newcastle University. This may in turn lead to further investment in the Newcastle University program aiming for the growth and advancement of medications which curb DNA-PK.

Seemingly the cellular repair-response to DNA degeneration resulting due to radiotherapy and chemotherapy may be significantly influenced by DNA-PK. DNA-PK is believed to be a crucial element in this criterion. It is this response which usually indicates that the received treatments may not be very efficient. Therefore it is has been stated that the discovery of novel drugs for the obstruction of DNA repair may prove to be beneficial to the patients.

Previous researches by the Newcastle University have apparently demonstrated that DNA-PK inhibitors may actually aid in enhancing the desired effects of radiotherapy and chemotherapy treatments.

The united efforts of CRT, KuDOS and the Newcastle University may supposedly lead to progress and advancement made in the DNA-PK research. This promising analysis is alleged to have been led by Professor Nicola Curtin and Professor Dr. Celine Cano.

Professor Curtin says that, “This exciting project will enable us to continue our work with KuDOS to rapidly progress DNA-PK inhibitors from this programme into clinical development.”

This is believed to be a two year collaboration deal between these stalwarts. This licensed deal between them seems to promise advancement in the analysis conducted on DNA-dependent protein kinase.