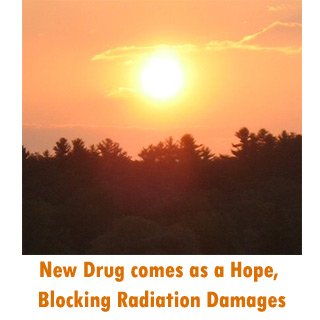 A new drug, CBLB502, having the ability to protect healthy cells and bone marrow against anti-cancer radiation therapy has been developed. In fact, this new drug is so potent that it can even guard against the effects of a nuclear bomb, noted a newly conducted study.

The study team has been led by Lyudmila Burdelya from New York State’s Roswell Park Cancer Institute. According to Burdelya, the latest drug protects gastrointestinal cells and bone marrow in mice and monkeys from radiation without reducing the treatment’s usefulness, having no devastating effects on healthy cells.

CBLB502 works by activating a renowned molecular pathway that some cancer cells use to prevent cell death, maintained Burdelya and colleagues.

A single dose administered to the animals a little before receiving radiation therapy reduced the radiation damage caused to bone marrow and gastrointestinal cells and prolonged the animals’ survival to a great extent.

The new drug has been met with a highly positive response. Richard Kolesnick, of the Memorial Sloan-Kettering Cancer Centre in New York City, told American review Science that the work was “a breakthrough in an issue that has challenged the scientific community.” He cited it as a good example, of “how understanding mechanisms of tissue damage can result in [the discovery of] valuable pharmacologic agents.”

Dr Preet Chaudhary, an oncologist at the University of Pennsylvania, said the work could have wide inferences for the battle against cancer.

Interestingly, the experts note that the drug could be a useful protection against radiation exposure from a nuclear plant malfunction or nuclear bomb. Clinical trials on humans are slated to kick off this summer.

The study has been published in the April 11 edition of the American review Science.