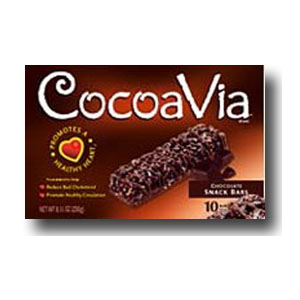 There is good news for people suffering from systolic blood pressure and high cholesterol levels – a new dish has been added to your diet! No, it is not yet another boiled veggie, its CocoaVia dark chocolate.

Researchers at University of Illinois have found out that eating two bars of this special chocolate not only helps reduce LDL (bad cholesterol) in one’s body but also lowers systolic blood pressure caused due to hyper tension.

The study was funded by Mars.Inc which is also one of the leading manufacturers of chocolate bars. 49 people with raised levels of cholesterol and normal blood pressure were recruited as volunteers to take part in the research. Before starting off with their research, experts put the group of 49 volunteers on American Health Association’s ‘Eating Plan for Healthy Americans’ for two weeks.

During the 8 week double-blind, placebo-controlled, crossover study, researchers maintained a track record of blood cholesterol levels, blood pressure, body weight, and other cardiovascular measures. “After starting the CocoaVia bars, we saw a marked differential effect on blood cholesterol, with the sterol-containing products doing better than those without sterols,” revealed Ellen Evans, the co-author of the study.

Lead researcher John Erdman, a University of Illinois professor of food science and human nutrition, and his colleagues note that the plant sterols and flavanols that are added to the bars help them in lowering cholesterol and blood pressure respectively.

Although, the researchers have been successful in the research and are glad with the results, they fear it may not be accepted as it is funded by Mars.Inc but Erdman asserts that there was no interference from the part of the chocolate manufacturers.