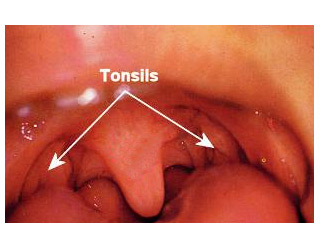 If you thought that removing your tonsils would be “the ultimate cure” towards all you throat related ailments, then think again!

According to a study conducted by Dutch researchers, getting rid of the tonsils of children who have mild to moderate throat infections would in the long run turn out more expensive and would have fewer health benefits. What would be more beneficial is simply watching and waiting!

The study included 300 children in the age group of 2-8, who were advised to remove their tonsils. Amongst the 300 children, 151 were scheduled for tonsillectomy within six weeks and another 149 children who were assigned to be carefully supervised, meaning close monitoring and additional interventions if necessary. It was concluded that the ones who avoided surgery had fewer annual visits to doctors and lower resulting medical costs due to fevers and throat infections.

Tonsils are essentially organs at the back of the throat that help the body fight off viral and bacterial infections; part of the immune system

“Surgery resulted in a significant increase in costs without realizing relevant clinical benefit,” penned Erik Buskens, an epidemiologist and colleagues at the University Medical Centre Utrecht in the Netherlands, in the Archives of Otolaryngology – Head and Neck Surgery.

Tonsillectomy, which is a surgery to remove the tonsils, is one of the most commonly performed surgical procedures on children. This is usually done to avert repeated throat infections and related fevers.

The study, which is published in the Archives of Otolaryngology – Head and Neck Surgery, was carried out by the Dutch researchers was conducted between 2002 and 2003, and did not consider those kids who suffered from frequent throat infections or those who had their tonsils removed because of sleep apnoea.

The researchers requested parents to keep record of their kids’ respiratory track symptoms, measure their temperatures daily and record any costs related to their care.

They found that annual costs among the group which did not have surgery was around 551 euro per year, about 46 percent less than the 803 euros for children who had their tonsils removed. On the other hand, children who avoided surgery also had fewer fevers, throat infections and respiratory illnesses.

The group of Dutch researchers did not include costs borne by parents in the form of missed days from work or other expenses related to their children’s illnesses.

And since the surgery is cheaper in the Netherlands than in most other nations, the difference between costs and benefits in other Western nations is likely greater, they said.

“Compared with other Western countries, our cost estimates may be low,” the researchers wrote. “In other settings, the cost-effectiveness would be further offset by more costly procedures.”