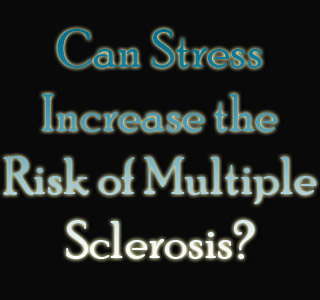 Stress has been seemingly linked with many health conditions, but its role in the development of multiple sclerosis looks debatable. A study conducted by scientists at the University of Bergen, revealed that stress seems to play no role in increasing the risk for multiple sclerosis.

As a part of the analysis, two groups of women nurses from Nurses’ Health Study were examined. The first group consisted of approximately 121,700 women in the age group of 30 to 55 and faced surveillance from 1976. The second group comprised around 116,671 nurses who were 25 to 42 years old and were followed from 1989. The participants were told to report of emotional issues like general stress at personal level or work and even grave issues such as sexual abuse in childhood or their teenage life.

77 women in the first group seemed to develop multiple sclerosis in the year 2005 while in the second group 292 people developed the condition in the year 2004. It was apparently found that the risk for this disease seemed to be high among young women. Also there appeared to be a consistency in the number of cases and the age differences of women in the two groups at the onset of the multiple sclerosis examination.

“While we’ve known that stressful life events have been shown to increase the risk of multiple sclerosis episodes, we weren’t certain whether these stressors could actually lead to developing the disease itself,” commented study author Trond Riise, PhD, with the University of Bergen in Bergen, Norway.

Factors such as such as age, ethnical background, city, latitude of birth, body weight at age 18 and smoking habits were all taken into account for complete analysis. It appeared that even severe stress at home did not increase the risk for multiple sclerosis.

Also women who experienced severe sexual abuse during childhood or adolescence didn’t apparently show any development of the disease. According to scientists, this observation probably made them conclude that stress is not a major risk factor for multiple sclerosis.

The study is published in the medical journal of American Academy of Neurology.