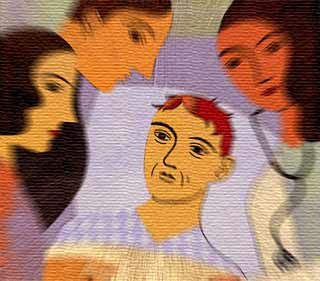 Are you planning to make an end-of-life-treatment will? Think twice before doing that because in future your false memory may just ditch the decisions you are making right now. As per the study, any advance decisions taken by a person with respect to the end-of-life treatment may not tally with her/his preferences in future.

When a person is undergoing any treatment or has completed it, there are yet some inevitable health issues leading to terminal illness. A person can make a will where she/he issues directives on how and which treatment the person wants that may help increase longevity of life. A person may also issue directives of discontinuing the treatment and plan for her/his death and even a funeral. This is called an end-of-life treatment will. The concept of end-of-life treatment is still being debated upon in India and other developing countries but it is widely popular from decades in America and Europe.

The research by the University of California, Irvine researchers Peter Ditto and Elizabeth Loftus, Maryanne Garry of Victoria University of Wellington, Jill A. Jacobson of Queen’s University and Stefanie J. Sharman of the University of New South Wales, says that the preferences of a person with regards to end-of-life treatment may vary with time and the options chosen at different times may not really tally. This is also because of the fact that health and age do not remain the same for the rest of the life, they change with time and thus need to be sustained.

Most of the people when made to recall their earlier preferences falsely remembered or faked that their previous choices and recent ones matched. The research currently appears in the journal ‘Health Psychology’ by American Psychological Association. The research surveyed 401 senior citizens older than 65 years of age and noted their choices of the kind of treatment they would want in case of terminal illness. After a year the same batch of people was surveyed again where almost 75% of them faked that they remembered their earlier choices while the rest changed their decisions within a year.

As Peter Ditto, professor of psychology and social behavior at UCI, puts it rightly that it’s because of the popularity of the concept of will that has made people go in for it. “Living wills are a noble idea and can often be very helpful in decisions that must be made near the end of life. But the notion that you can just fill out a document and all your troubles will be solved, a notion that is frequently reinforced in the popular media, is seriously misguided,” says Ditto.

“On a policy level, these results suggest that living wills should have an ‘expiration date.’ People can’t be counted upon to update their directives as their wishes change because they often have no awareness that their wishes have changed. On a more personal level, our research stresses the importance of maintaining an ongoing dialogue among individuals, their families and their physicians about end-of-life treatment options,” Ditto continued.

Researchers note that false memory thus can cause a lot of dissimilitude in the earlier preferences and what actually a person needs as a life-prolonging treatment which may change in due course of time due to change in the health and age so there is usually no point in making advanced directives. What makes the matter more problematic is the possibility that if one is no longer able enough to make decisions for oneself, the person in charge of the decision making process may not then be sensitive enough to identify the need of change in the directives.