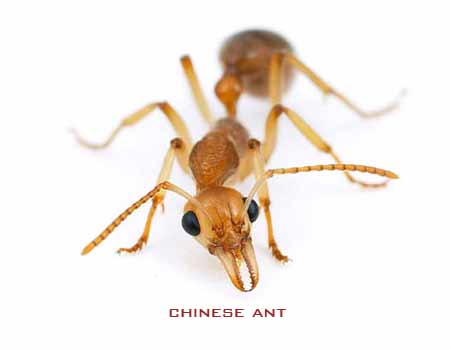 China has been the birth place of acupuncture, acupressure and other traditional Chinese medicines like the Chinese herbs. Now China has also found a remedy for diseases like arthritis, hepatitis, bacterial infections and others and it is none other than the very humble Chinese ants.

The Chinese experts claim to have found that the ants can act as an anti-inflammatory drug and painkiller. Chinese ants are also known as Polyrhachis lamellidens or the Chinese medicinal ants which are being used by the Chinese natives since long as a folk medicine to treat various diseases one of which is rheumatoid arthritis. The ants are used by the folks in their foods or drinks as an ingredient as a remedial measure for the diseases.

The chemists in China, Zhi-Hong Jiang and his colleagues are under the process of examining Polyrhachis lamellidens extracts to examine its medicinal effects. The medicinal ants contain in them atleast two polyketides which are also present in plants, fungi and bacteria and promise to be the most efficient natural drug to counter the diseases.

The medicinal properties of ants have been known since long. However, all the chemical substances which are responsible for the effect are yet to be identified.

The study on the same has been published as ‘Bicyclic Polyketide Lactones from Chinese Medicinal Ants, Polyrhacis lamellidens’ in American Chemical Society’s journal of Natural Products.