On the face of it, you may feel like we’re mulling over nothing, but a closer look at our easy tips to get pregnant fast with yoga and you’ll know what we mean. Modern lifestyle has made getting pregnant, especially the natural way more of an event than anything else. Right from the ‘Stress’ (yes with a capital S) factor to pollution and just not having enough time for sex, there are many reasons why yoga may help you out. If you think you’ve already tried a number of holistic methods and have been unsuccessful, you’ve probably just been focusing on only one aspect of it. Practice of relaxation techniques on a routine basis along with asanas should help you out in this dilemma. 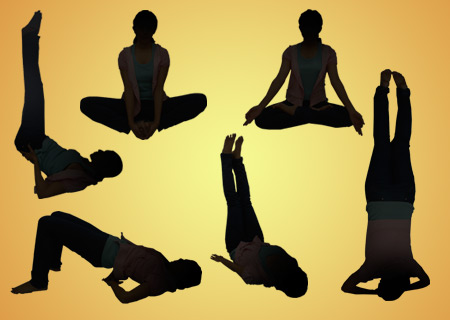 How do I get started?

Start off by getting yourself enrolled in a yoga class or have an instructor come home, depending on what suits you best. In terms of being equipped, handy loose cotton clothes and a standard yoga mat are advisable. If you’re going to be practicing at home, ensure that the atmosphere is peaceful and calm. Choose a time that is convenient and allows you to follow a routine – like early mornings same time, same place and same direction. If you’re going to be enrolling in a class, ensure that you are both regular and serious about it. For those who’ve never practiced yoga before, it’s best to start under the guidance of an able teacher. Practice yoga on an empty stomach and at least two hours before or after eating.

In our list of tips to get pregnant fast with yoga we’re detailing some postures. These will help stimulation of hormones, also aiding in maintaining a hormonal balance. Postures like are Salamba Sirsana (Supported Headstand), Salamba Sarvangasana (Supported Shoulderstand) and Setu Bandha Sarvangasana (Supported Bridge Pose) help to expand the hips and pelvis. To enhance the body’s rejuvenation process, the recommended poses are Baddha Konasana (Cobbler’s Pose) which also improves the flow of blood to the abdomen and vagina and the Child’s Pose. The Padmasana (Lotus pose) is good for relaxation of the mind, working well for the reproductive area as well. In this regard the Reclining Bound Angle Pose and Reclining Hero Pose are also suggested specifically helping stimulate and relax the abdominal and reproductive areas. The Wide-Angle Seated Forward Bend works to invigorate the body and groins while also rejuvenating the body. We’ve detailed some of them below: 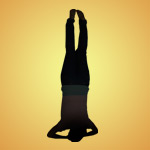 1 – Salamba Sirsana – Start coming on your hands and knees so that your wrists are below the shoulders and knees under the hips. As you get your elbows to the floor (they should be about a forearm apart), interlock your fingers so the pinky is right underneath. Now with your interlaced fingers move your head’s crown on the floor. Slowly get your hips up and feet inside towards your head. The hips should be above the shoulders. Very gently kick one leg up, followed by the other and balance your weight with the help of your forearms. Through the balls of your feet, trying reaching upwards, rotating the thigh bones slightly inward. Hold the position for a minimum of 10 breaths. 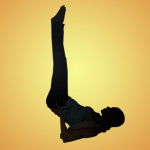 2 – Salamba Sarvangasana – Lying on the back, attain Halasana first by having the legs pushed over your head so that the toes touch the floor behind. Bending the elbows, rest the hands on the back so that the tips of the fingers face upwards and elbows are slightly apart. Raise the legs upwards (one leg at a time or both together) so that the balls of the feet are lifted. Get the hips ahead so that feet are moved to the back and straighten the body. Hands should move closer to the shoulders. Stay there until 10 breaths. Return to normal lying down position by moving through the Halasana. 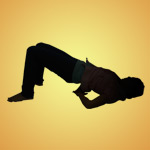 3 – Setu Bandha Sarvangasana – Lie on the back and start by bending the knees so that the soles of the feet are parallel to the floor and near the buttocks. Very slowly raise the hips upwards to form a bridge. Behind your back, have your fingers interlaced with each other and arms straight. The fingers should be pressed down on the floor. Try lifting the hips higher as the shoulders are rolled under, one after the other. Ensure that the feet are parallel to each other all through as the chest is drawn towards the chin and not the other way around. To relax from the posture, the hands must be released first followed by the upper, middle and lower back area. 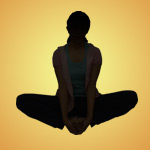 4 – Baddha Konasana – Start by stretching the legs straight out and flex the feet. Your spine should be as straight as possible and the shoulders resting right above the hip. Now bend the knees so that the soles come together and knees move to the outer sides. The outer edges of the feet have to be pressed strongly together. 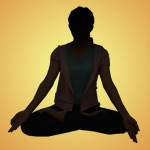 5 – Padmasana – The first two steps are same as those in Baddha Konasana. Bending the right knee, get the right ankle closer to the left hip crease so that the foot’s sole faces upwards. The foot should settle in the hip crease on its side. Do the same with the left knee and have the left foot sole facing upwards on top of the right hip crease. Stay in this posture as comfortably as you can. Those who aren’t immediately able to attain this posture, the Ardha Padamasana (Half Lotus Pose) is advisable which has one leg rested on the hip area alternately. 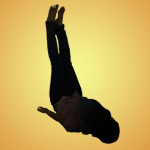 6 – Viparita Karani – After coitus, this legs-up-the-wall pose is also known to be beneficial for penetration of sperm.

What I must know?

While yoga does have a host of benefits, stick to the traditional Hatha yoga, especially since you are going to be using it as a line of treatment. Avoid power yoga or Ashtanga yoga and even Bikram yoga for that matter. Hatha yoga is the safest and easiest method to adopt ensuring you feel relaxed at the end of every session. Ensure that you have a proper diet plan to complement your yoga routine. Mapping you fertility cycle will also help. You must center your attention on poses that boost fertility which includes hormone stimulation, improved blood circulation to the reproductive area and complete body restoration. Don’t hesitate to ask for help if the postures feel uncomfortable initially. A pillow, folded towel or bolster may prove handy. Yoga can help men to handle issues like erectile dysfunction and impotence as well. So practicing with your partner will be more than helpful.

Primarily the various breathing techniques and stretching exercises allow an individual to release all the anxiousness within. And that really is a stepping stone towards any health benefit. For those who are undergoing fertility treatment of any sort, consultation with their health care provider is advised before they start. Our easy tips to get pregnant fast with yoga ensure not just easing fertility-related issues but improving overall wellbeing too.