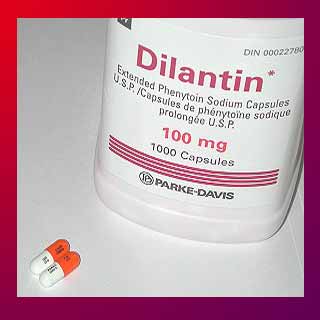 Younger women afflicted with epilepsy are at a greater risk of developing osteoporosis if they are treating themselves with the epilepsy drug Dilantin. New York’s Columbia University has put forth a study which says that women under the medication of Dilantin for a year were most likely to lose out their bone density.

The researchers studied 93 women belonging to the age group of 18-40 years who consumed various epilepsy drugs such as phenytoin (Dilantin), carbamazepine (Tegretol), lamotrigine (Lamictal), and valproate (Depacon). All the 93 women who were in their pre-menopausal stage took 1,000 milligrams of calcium everyday. The women were equally active physically. The physical activities and intakes of calcium doses were aimed at maintaining good bone health. However, after a year it was found that women administering themselves with Dilantin lost 2.6 % of their bone density in the femoral neck of the hip. The bone mineral density, however, remained same in the group of women who took epilepsy drugs other than Dilantin.

“That suggests that if these women remain on this medication and have ongoing significant or accelerated bone loss that over time, they will be entering the pre-menopausal period with lower bone density and therefore a greater risk for low bone mineral density over time and therefore a higher risk of fractures,” said study lead author Dr. Alison M. Pack, assistant professor of clinical neurology at Columbia University in New York City.

Dr. R. Eugene Ramsay, director of the International Center for Epilepsy at the University of Miami Miller School of Medicine also notes, “It’s particularly important, because the older population has the highest incidence of epilepsy. There are more new-onset seizures occurring there, and yet they are getting the cheapest and worst treatment,” revealing the fact that 90% of the older women population with epilepsy are on the medication of Dilantin because it is a cheaper drug. This has been known to increase the risk of fractures in the femoral-hip region of the older women thereby increasing the chances of death.

It has also been noted that the findings are not as different as in the past which said that epilepsy drugs do have adverse effects on the bone and mineral metabolism. However the amount of damage done by Dilantin in a year’s time is particularly surprising for the researchers.

Dr. Steven V. Pacia, director of the division of neurology at Lenox Hill Hospital in New York City, concludes, “There may be a direct affect on bone absorption of calcium. If the mechanism is damaged, the bone is not going to be able to take up calcium. An alternate drug that doesn’t cause the same problem is preferable. In the rare cases we had to use (Dilantin), drugs like Fosamax and Boniva can be used to try to counteract the effect, and that does happen,” thereby revealing that calcium supplementation may not be enough to counter the bone loss caused by the drug.

Ramsay concludes that the researchers are just beginning to realize that they need to look at long-term health care issues of anti-convulsants.

The study has been published in the American Academy of Neurology’s medical journal ‘Neurology’.

Breast milk is more beneficial than risky for an infant