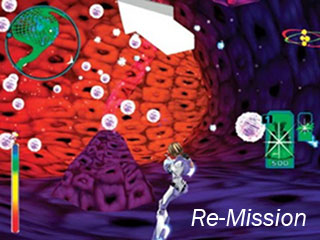 McMaster University researchers studied the positive effects of the video game Re-Mission that is specially designed for young cancer patients by HopeLabs. The researchers noted that whilst the young cancer patients that included teens and young adults were made to play the special video-game, higher levels of chemotherapy were found in their blood as compared to the controlled group. Also, they took their antibiotics more regularly and showed positive signs of the treatment they were undergoing. This showed an impact on the biological level.

“We have very effective treatments for cancer in adolescents, but they only work if the patient takes them,” said Steve Cole, co-author of the research and vice-president of research at the non-profit organization HopeLab, which sponsored the study. “This study shows that a strategically designed video game can be a powerful new tool to enhance the impact of medical treatment by motivating healthy behaviour in the patient.”

Re-Mission is a game that features a microscopic robot named Roxxi, who travels the body of a fictional cancer patient and fights away and blasts cancer cells, side-effects of cancer and cancer treatments. Also, owing to the game, the young patients’ knowledge on cancer-related issues seemed to have increased. The study has established the fact that if the aggressiveness and violence in the video-games is diverted to a proper direction it can do wonders with one’s mind and body.

There were 375 teens and young adults from across U.S, Australia and Canada, who participated in the study. McMaster University professor Dr. Ronald Barr led the research in Hamilton, one of the six Canadian sites where the study was conducted.

The detailed research has been published in the medical journal Pediatrics. After evaluating the positive effect of Re-Mission, the game has been released in 80 countries by HopeLabs, since it’s release in 2007.