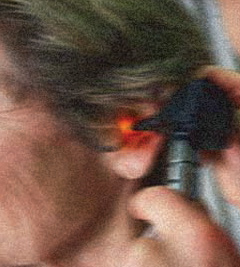 Investigators at St. Jude Children’s Research Hospital have revealed that an electrically powered amplification mechanism in the cochlea of the ear is of prime concern to the acute hearing of human beings and other mammals. The study has made an attempt to find whether the malfunction of this amplification machinery by the genetic mutation or overdose of drugs for example aspirin, could lead to hearing loss.

The sound entering the cochlea is identified by the vibration of tiny, hair-like cilia which extends from the cochlear hair cells. Now the outer hair cell amplifies the sound signal transforming into an electrical signal which moves to the brain’s auditory center. If this amplification was not there then it would become sensitive for hearing as the sound wave which enters the cochlea is severely diminished as it passes through the inner ear fluid.

Zuo and his colleagues have differentiated between two amplification theories called “stereociliary motility” and “somatic motility” which have been founded in the previous studies of the auditory machinery.

Jian Zuo, Ph.D., associate member of the St. Jude Department of Development Neurobiology said, “This motility is also called ‘dancing’ because when you electrically stimulate an outer hair cell with a sound, the cell body spontaneously elongates and contracts along with the sound. It is very dramatic to see these hair cells ‘dance’ with the sound”.

Zuo is also the senior author of a report on this work which has appeared in the May 8 issue of the journal “Neuron”.

The latest experiments have explicitly established the role of somatic motility. The researchers genetically changed the mice to have only subtle alterations in the prestin protein. These modifications only compromised of prestin’s function as an amplifier but didn’t affect the outer hair cell structure or function, the researchers’ analysis shows.

Zuo noted, “With this study we still cannot really exclude stereociliary motility from contributing to cochlear amplification, because eliminating somatic motility also reduces ciliary motility. So, it is not possible to totally isolate either form of motility. In fact, we hypothesize that the two mechanisms might work together in different aspects of amplification.”

Zuo said, “For example, an overdose of aspirin causes a high-frequency hearing loss by inhibiting prestin’s function. Also, there is evidence that many cases of high-frequency hearing loss are caused by defects in the cell’s molecular machinery that involves prestin. And two mutations that have been detected in the prestin gene in humans are reported to be associated with deafness.”

Zuo and his colleagues are trying to make scientists understand prestin’s role in hearing and the mechanism of hearing loss in a better way .