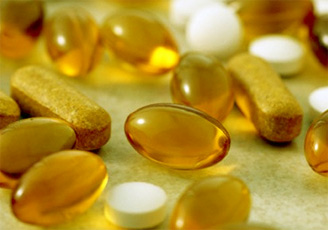 According to a report published in the Archives of Internal Medicine, consumption of Vitamin D2 supplements appears to reduce the risk of falls among women who have a history of falling and low blood vitamin D levels and who live in sunny climates, especially during the winter.

According to the authors, “Approximately one-third of women older than 65 years fall each year, and 6% sustain a fracture as a result of the fall. In addition, fear of falling is a major problem in older people.”

It was Richard Prince M.D. of the Sir Charles Gairdner Hospital, Nedlands, Australia and his colleagues who conducted a year-long clinical trial of 302 women age 70 to 90 years living in Perth, Australia. Because vitamin D is produced in response to sun exposure and the study was completed in a sunny climate, the researchers selected women with blood vitamin D levels below the median for the area (24 nanograms per milliliter).

All participants had a history of falling in the previous year and received 1,000 milligrams of calcium citrate per day. Half were then randomly assigned to take either 1,000 international units of vitamin D2 (ergocalciferol) and half took an identical placebo. Data on falls were collected from participants every six weeks.

“It is interesting that the ergocalciferol therapy effect was confined to those who were to sustain one fall but not those destined to have more than one fall,” the authors write. “Older people who fall frequently tend to have more risk factors for falling, including greater degrees of disability and poorer levels of physical function.”

It is possible that chemically correcting vitamin D levels in the blood is insufficient to prevent falls in these individuals, they say.

“Ergocalciferol, 1,000 international units per day, added to a high calcium intake is associated with 23 percent reduction of the risk of falling in winter/spring to the same level as in summer/autumn,” the authors conclude.

Second round of Gefitinib could add to potential lung cancer therapy