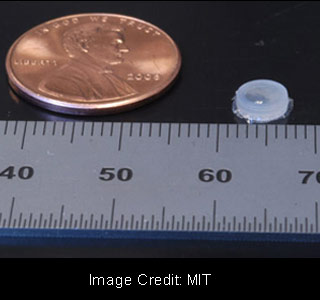 Biopsies are now the standard way of diagnosing cancer in a patient. However the process of surgically removing the tissue sample may only give a picture of the cancerous cells at the time of the biopsy. However experts feel that a technique of tracking the tumor for weeks altogether may prove to be very beneficial for determining if the tumor is responding to the provided treatment.

So, recently the first implantable device has been developed which promises of doing just that. This revolutionary device was jointly developed by Michael Cima, professor of materials science and engineering, MIT and his colleagues.

These experts have stated that their device has seemingly succeeded in monitoring a tumor marker in a rat for a period of about one month. It has been stated that this device may be implanted in the patient during biopsy. It may also be possible to customize this device to suitably track chemotherapy agents and thereby permit physicians to assess the effects of the used drugs on the patients. Apart from this function, these devices may also be designed to gauge pH or oxygen levels which reflect the metabolism of the tumor and also provide information on the way it is reacting to the drugs. Cima explains that, “What this does is basically take the lab and put it in the patient.”

For the purpose of the study human tumors were believed to have been transplanted into mice. Regarding the device, Cima says that, “This is one of the tools we’re going to need if we’re going to turn cancer from a death sentence to a manageable disease.”

Through this novel device the tumors were later seemingly tracked in the mice. These 5-millimeter implant devices are believed to contain magnetic nanoparticles which are foiled in antibodies specific to the target molecules. Once these molecules enter the implant via the semi-permeable membrane they seemingly attach to the particles and form a cluster. This cluster is later stated to be detectable through magnetic resonance imaging.

These breakthrough findings have been presented online in the Biosensors & Bioelectronics journal.