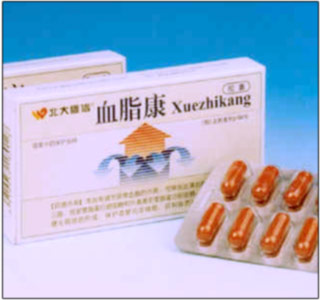 According to the clinical study, patients who suffered a heart attack prior have lower chances of repeat heart attack almost up to 45% and other problems relating to it like the revascularization (bypass surgery/ angioplasty), cardiovascular mortality and total mortality by one-third and cancer mortality by two-thirds because they had consumed purified extract of Chinese red yeast rice, Xuezhikang (XZK).

The background information about Chinese red yeast rice is that it is used in China and was first discovered in the Tang Dynasty in 800 A.D. The benefits of eating this red yeast rice is that it helps during gastric problems like indigestion or diarrhea, blood circulation, spleen and stomach related health problems. Red yeast rice is nothing but a dried, powdered form called Zhi Tai and when it is extracted with alcohol it is referred as Xue Zhi Kang.

The multi-center conducted a double-blind study on average 5,000 patients, between the age group of 18-70. The study was conducted over a five year period in more then 60 hospitals in the People’s Republic of China.

The co-author David M. Capuzzi, M.D., Ph.D, director of the Cardiovascular Disease Prevention Program at Jefferson’s Myrna Brind Center of Integrative Medicine and Zonliang Lu, M.D., Ph.D, from the Fuwai Hospital at the Chinese Academy of Medical Science will report their findings in the June 15th edition of the American Journal of Cardiology.

“It’s very exciting because this is a natural product and had very few adverse side effects including no abnormal blood changes,” said Capuzzi. “People in the Far East have been taking Chinese red yeast rice as food for thousands of years, but no one has ever studied it clinically in a double-blind manner with a purified product against a placebo group until now and we are pleased with the results. However, people in the United States should know that the commercially available over-the-counter supplement found in your average health food store is not what was studied here. Those over-the-counter supplements are not regulated, so exact amounts of active ingredient are unknown and their efficacy has not been studied yet.”

The study participants were provided with two-300-milligram XZK capsules or a placebo and were consumed for a period of five years. The XZK capsules were a combination of lovastatin, lovastatin hydroxyl acid, ergosterol and other components.

“I think it is surprising that a natural product like XZK would have this great an effect,” said Capuzzi. “If further testing and study prove true, my hope is that XZK becomes an important therapeutic agent to treat cardiovascular disorders and in the prevention of disease whether someone has had a heart attack or not. But it is important to recognize the fact we do not know exactly how Chinese red yeast rice works. The exact ingredients from the XZK capsules have not been isolated and studied yet. Still the results were so profound, even out performing statins prescribed in numerous western populations, that further study should certainly be investigated.”