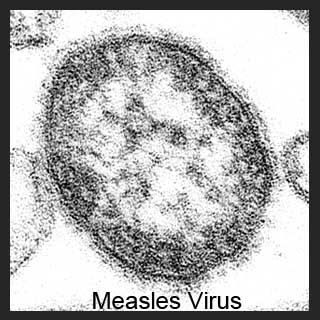 One of the most common and contagious diseases, Measles, was known to infect humans via airways and lungs, the supposed pathway for the measles virus to spread. However, the virologists from Mayo Clinic would beg to differ.

“It has long been assumed that measles virus infects the airway epithelium before infecting immune cells,” says Roberto Cattaneo, Ph.D., Mayo Clinic virologist and senior author of the study. “But we’ve shown that replication in the airways is not required, and that a virus replicating only in immune cells causes measles in monkeys.”

This research is of a greater significance as a treatment for cancer patients as the measles virus can be reprogrammed to combat the cancer cells. Since the virus can be controlled it can assure a safe therapy for cancer patients and also put a light on the functioning of the viruses similar to measles virus. This could also help in making new vaccines for other diseases that spread because of viral infections.

This study also implies that there is a need of making changes to the medical textbooks declaring that the measles virus infects the respiratory epithelium before infecting the rest of the body.

The measles virus created by the researchers was developed in such a way that it could not enter the respiratory epithelium by making it ‘blind’ to epithelial cell receptors and also it could enter the lymph system via any other receptor. This virus was then tested on the rhesus monkeys, introduced through their nasal tract. The monkeys showed symptoms of measles such as rashes and weight loss and it was verified through tests that the virus infected only the lymphatic cells, through the follow up tests.