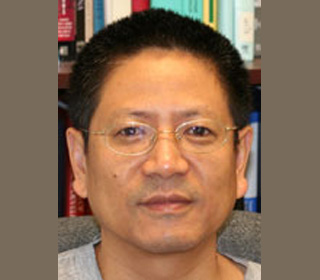 For many years scientists have considered itching as merely a less intense description of pain. They seem to have spent decades trying to identify itch-specific neurons that may elucidate how the brain perceives itch in a different way from pain. However none appear to have been found.

Scientists have now pin-pointed an important group of cells which sends itch-alerts to the brain. Recently, researchers at Washington University School of Medicine in St. Louis seem to have discovered these itch-specific neurons in mice. Allegedly, when they were removed, they decreased the itchiness in mice without affecting their ability to sense pain. This seems to open a novel possibility to create better itch relievers.

Research also demonstrated that when mice were exposed to things which made them itchy, those without a gastrin-releasing peptide receptor (GRPR) gene apparently, scratched less in contrast with their normal littermates. Further, researchers were believed to have found GRPR in a group of spinal-cord cells called lamina 1 neurons which could spread both itch and pain sensations to the brain. Researchers claimed that they may perhaps be able to knock out an animal’s itch response without affecting its ability to sense and may try to avoid pain.

“This finding has very important therapeutic implications. We’ve shown that particular neurons are critical for the itching sensation but not for pain, which means those cells may contain several itch-specific receptors or signaling molecules that can be explored or identified as targets for future treatment or management of chronic itching,” says chief investigator and an associate professor of anesthesiology, of psychiatry and of developmental biology, Zhou-Feng Chen.

The novel findings of the research by Chen and his team in 2007 seem to have identified the first itch gene inside the spinal cord namely GRPR. Further, Chen’s team injected the spinal cords of mice with a neurotoxin called bombesin-saporin which seeks out the GRPR receptor and killed the neurons where the gene was expressed.

Later, it was seen that the neurotoxin killed approximately 80% of the cells which caused itching. Apparently, this proved that the neurons with GRPR were needed for normal itch sensation. Thus it was seen that before injecting bombesin-saporin, the mice scratched vigorously. But, once these itch cells were killed, their scratching decreased and in some cases stopped completely.

Chen elucidated that, “However, the same mice continued to respond normally to pain. This is a very striking and unexpected result because it suggests there is an itch-specific neuronal pathway in the spinal cord.”

Further tests revealed that other neurologic functions, such as motor control were evidently not affected by the damage of the GRPR-expressing neurons.

Chen claimed that his previous research found that pain and itch appear to be regulated through different molecular pathways. However, this latest research suggested that they also seemed to be controlled through different cellular pathways. This may perhaps have significant implications for treating itch because the neurons with GRPR may contain more itch-specific genes.

The findings of the research will be published in Science Express, the advance online publication of the journal Science.