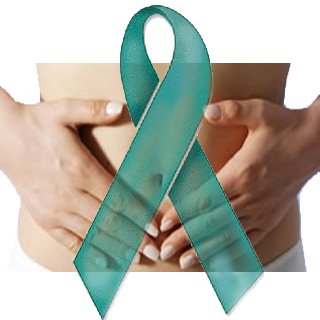 According to a new study, women with recurring symptoms of ovarian cancer like abdominal or pelvic pain, difficulty eating or feeling full quickly and abdominal bloating can go in for a CA125 blood test which increases the chances of early detection by 20 percent.

The researchers at Fred Hutchinson Cancer Research Center discovered that when both the tests, a simple four-question symptom-screening questionnaire and the CA125 ovarian-cancer blood test, are done together, the detection rate of early-stage cancer goes up to 80 percent and that of late-stage goes up to 95 percent. However, when conducted separately, there are only 60 percent of women detected with early-stage cancer and 80 percent in the late-stage.

Lead author M. Robyn Andersen, Ph.D., an associate member of the Public Health Sciences Division at the Hutchinson Center said “Of course, it is the increase in the detection of early-stage disease that is the most exciting,”

With the early detection of cancer, early treatment of the disease is possible since the cancer has still not spread from ovary to other parts. There are as much as 70 to 90 percent of chances of a successful treatment. In case of women in advanced stages of cancer, there are only 20 to 30 percent chances of survival. Unfortunately, almost 70 percent of women are detected to be in the advanced stage.

“This research suggests that if a woman has one or more symptoms that are new for her, having begun within the past year, and if the symptoms happen nearly daily or at least 12 times a month, that may well be a signal to go in and discuss those symptoms with her doctor,” Andersen said. “It’s probably not going to be ovarian cancer, just as most breast lumps are not breast cancer, but it’s still a sign that it might be worth checking with her doctor to see if a CA125 blood test and transvaginal ultrasound may be appropriate.”

There is a ‘symptom-screening’ index done by doctors which is a complete database of the patients and their symptoms. According to National Institutes of Health most doctors must have already done the indexing, and keeping this in mind, researchers hope that doctors will be able to know which patient’s symptoms confirm cancer.

The positive effect of this study is that it will help doctors use the symptom-screening index proactively as this index never practically employed to assess the patient’s case. The symptom-screening index was developed by Barbara A. Goff, M.D., professor and director of Gynecologic Oncology at the University Of Washington School Of Medicine who is also the co-author of the study, in 2006.

However, Andersen and team are trying to find the usefulness of symptom-screening index in case of normal-risk women as a part of their ‘routine medical-history assessment’, by conducting a pilot study. The study is published in a journal named CANCER.