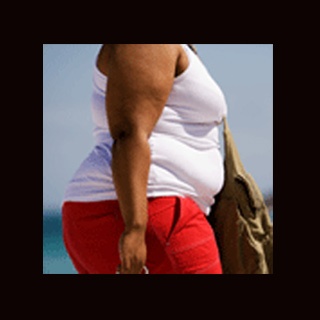 According to a latest study, children with emotional difficulties seem to be at higher risk of becoming obese when they grow up. This study was the work of Andrew Ternouth, David Collier and Barbara Maughan from the MRC Social, Genetic and Developmental Psychiatry Centre at the Institute of Psychiatry, King’s College London.

Previous studies have suggested that people who are overweight also have emotional problems like low self-esteem, but what causes the other is not clear.

In order to reach the conclusion, Ternouth along with his colleagues examined the data from about 6,500 people who were enrolled in the 1970 British Birth Cohort Study. Apparently, members who were then 10 year-old had been assessed for emotional problems, self-perceptions and BMI. In addition, these members were noted to have been evaluated again 20 years later, when they reached the age of 30.

Ternouth stated that, “While we cannot say that childhood emotional problems cause obesity in later life, we can certainly say they play a role, along with factors such as parental BMI, diet and exercise.”

“Strategies to promote social and emotional aspects of learning, including the promotion of self-esteem, are central to a number of recent policy initiatives. Our findings suggest that approaches of this kind may carry positive benefits for physical health as well as for other aspects of children’s development,” elucidates Ternouth.

The findings revealed that children with a lower self-esteem, those who felt less in control of their lives and those who worried often were more likely to gain weight over the next 20 years. The findings also unveiled that girls seemed to be slightly more affected by these factors as compared to boys.

The authors concluded by saying that, “Given the growing problem with childhood obesity in many western societies, these findings are particularly important. On a larger scale, they may offer hope in the battle to control the current obesity epidemic.”

Furthermore, the authors were of the opinion that early intervention for children undergoing low self-esteem, anxiety or other emotional challenges could possibly assist them in improving their chances of long-lasting physical health.

The findings of the study have been published in the journal BMC Medicine.