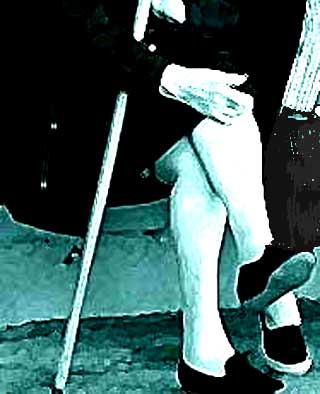 The prediction of osteoporosis in women has become much simpler with the help of a radiation-free ultrasound exam of their heel, reveals a study. The ultra sound exam along with determination of risk factors like age, recent fall and others to test the bone density can help confirm whether the patients need further testing like dual-energy x-ray absorptiometry (DXA) exam.

“Osteoporosis is a major public health issue expected to increase in association with worldwide aging of the population,” said the study’s lead author Idris Guessous, M.D., senior research fellow in the Department of Internal Medicine at Lausanne University Hospital in Switzerland. “The incidence of osteoporosis will outpace economic resources, and the development of strategies to better identify women who need to be tested is crucial.”

“Patients with osteoporosis are not optimally treated because of a lack of general awareness,” Dr. Guessous said. “A simple prediction rule might be a useful clinical tool for healthcare providers to optimize osteoporosis screening.”

Osteoporosis is caused due to low bone mass in turn caused by the holes occurring in the bones making it hollow. It is one of the major health issues especially for old people.

The National Osteoporosis Foundation confirms that there are 10 million Americans who are suffering from osteoporosis while 34 million and more are suspected to have low bone density thereby having a risk of developing osteoporosis. Out of the people who are affected by the disease, 80 percent are women. Therefore the study is aimed to improve the condition in most importantly, the women.

The study was a multicenter study that studied 6,174 women belonging to the age-group of 70 to 85 who were not diagnosed to have the disease before the study. The women participants’ heel bone was screened with the quantitative ultrasound (QUS), a diagnostic test used to evaluate bone density. The ultrasound examination was used to determine the strength of the bone at the heel which is also known as stiffness index.

“Heel QUS in conjunction with clinical risk factors can be used to identify a population at a very low fracture probability in which no further diagnostic evaluation may be necessary,” Dr. Guessous said.

Along with the results of the QUS examination, the risk factors such as age, history of fractures or a recent fall were also added to calculate the risk of fractures. The study revealed that 1,464 women ie 23.7 percent were considered lower risk whereas a whopping 4,710 ie 76.3 percent of women were at higher risk of suffering from fractures.

The study was carried out for three years wherein the participants had to fill in questionnaires every six months for up to 32 months. Changes in medical conditions including illness, changes in medications or any fracture were recorded with the help of the questionnaire. In case of fractures, patients were made to mention where in body had the fracture occurred and its trauma level and also submit a medical report the physician treating the fracture.
It was determined that the 290 i.e. 6.1 percent of women with higher risk of osteoporosis actually suffered from fractures and just 1.8 percent i.e. 27 with low risk developed fractures. Almost 90 percent of women (60 out of 66) belonging to high risk group developed hip-fractures.