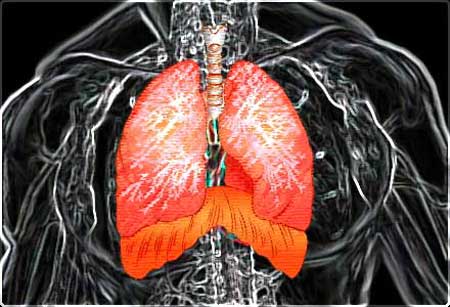 There seems to be a ray of hope for the acute respiratory distress syndrome (ARDS) sufferers. Researchers at the University of Illinois at Chicago have a come across an enzyme that plays a vital role in the lung disease, thereby implying to find a better treatment for ARDS.

ARDS is condition in which lungs swell up with water and protein caused due to tissue injury often caused due to complications like painful injury, bacterial infections, overdoses of certain medications, or blood transfusions. Patients suffering from this condition face difficulty in breathing that may prove to be fatal. Around 30 to 40 percent of ARDS cases show death due to impossibility in breathing. Unfortunately, there wasn’t effective treatment for this lung disease till date.

Researchers already knew that an enzyme known as the nonmuscle myosin light-chain kinase (MYLK) was responsible for causing injury to the lung tissue – endothelial barrier, a single thin layer of lining of the blood vessels. The endothelial has a protective function of preventing water and protein from collecting in the tissue.

However researchers were not aware of how the MYLK enzyme worked or disrupted the protective tissue. Apart from causing the inflammation by accumulation of water and proteins, it was discovered that neutrophils, the most common type of white blood cells “migrates into lung tissue and, when activated, can cause profound injury,” said Jingsong Xu, assistant professor in pharmacology and dermatology and lead author of the paper.

Neutrophils are very important for the ‘innate immune response’ and normally attack and kill the bacteria and fungi that have infiltrated in the system. However, in ARDS, unfortunately the neutrophils go wrong and attack healthy tissue thereby causing injury.

“Although there have been many studies into how MYLK disrupts the endothelial barrier, no one has investigated how MYLK functions to regulate the neutrophil transmigration into tissues,” said Xu. “We decided to look at this.”

The association between MYLK and neutrophils is that MYLK helped the latter in their movements and break through the endothelial barrier. A series of molecular events take place wherein the shape of the neutrophil change required for adhesion and migration.

“To our surprise, the pathway was a completely novel one that did not involve the well-studied and expected target of (the enzyme),” Xu said.

This finding according to Dr. Asrar Malik, distinguished professor, head of pharmacology and co-author on the paper, “opens up a completely new set of possible therapeutic targets for the prevention and treatment of this deadly disease.”

The way the neutrophils work in disrupting the endothelial barrier has been regarded as a ‘novel pathway’ and unleashing the complete process implies possibility of an in depth understanding and gives way for new treatments that could cure the disease.