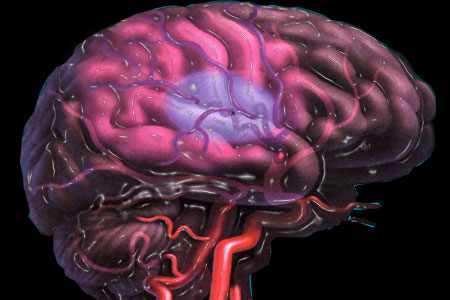 Apart from the regular head aches due to stress and body pain, we don’t usually think there is something very seriously wrong with us. However, there are one in ten chances one of us must have had a stroke- a ‘silent stroke’.

A study called the Framingham Offspring Study was conducted on 2000 participants with an average age of 62 by the researchers at Boston University School of Medicine in Massachusetts revealed that one out of every 10 individuals suffered from silent strokes.

10.7 percent of these participants were found to have undergone a silent cerebral infarction (SCI) also known as silent stroke.

Silent stroke is not characterised by the stroke symptoms like difficulty in walking, vision, etc. however it does lead to blocking blood flow in the brain artery and the consequent ill-effects on memory and also cause lesions in the brain.

Study author, Dr. Sudha Seshadri says, “The findings reinforce the need for early detection and treatment of cardiovascular risk factors in midlife. This is especially true since SCIs have been associated with an increased risk of incident stroke and cognitive impairment.”

A Magnetic Resonance Imaging (MRI) scan was carried out on the brain of participants. A health record of the patients was maintained wherein the participants were supposed to submit their health details after every four to eight years in the ten-year period of the study.

The findings revealed a link between Atrial Fibrillation (AF) and silent stroke. AF is a form of irregular heart-beat and showed lesions in various parts of the brain.

It is estimated that the patients suffering from AF were two times more likely to suffer from SCI(silent stroke) than the ones who have not experienced atrial fibrillation. Factors like systolic blood pressure, hypertension, high amount of the amino acid, homocysteine (in blood of the participants), hyperlipidemia(excessive body fat) were found to be linked in the participants who were confirmed to have undergone a SCI.

As far as precautions measures to prevent silent strokes are concerned, according Seshadri and Dr. Claudette Brooks, director of the neurovascular laboratory at West Virginia University Health Sciences Center, nothing special has to be done.

“I wouldn’t recommend that people rush out to have an MRI,” Seshadri said. “It’s up to the medical and public health community to emphasize the importance of controlling risk factors.”

“The whole thing boils down to modifying risk factors,” Brooks said. “If you don’t have risk factors such as high cholesterol, obesity and diabetes, try to keep yourself out of the group that does. If you do, modify them by keeping blood pressure and cholesterol down, things like that.”