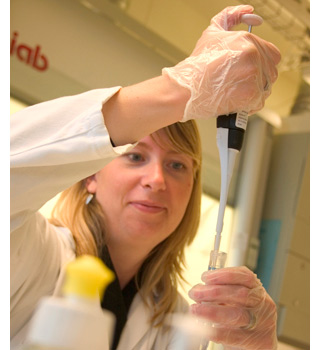 Preservatives are a frequent topic in public discussions as many consumers relate them with injurious chemicals in foodstuffs, inducing the food industry to lower preservatives in food stuffs. They however continue using acetic acid required to reduce bacterial growth in dressings, sauces, cheese and pickles. Now new study from the Engineering at the Division of Applied Microbiology, Lund University elaborates on how acetic acid increases the amount of toxin from the damaging bacteria in the food.

Experts examined two common food poisoning bacteria namely Staphylococcus aureus and Campylobacter jejuni. Staphylococcal food poisoning is often transmitted through pork meat. This lead experts to examine varying bacteria present in different types of pork meat at room temperature counting boiled and smoked ham, Serrano ham and salami. A bacterium for example enters the meat through a cut on the finger of the person who handled the meat.

They observed that in the boiled and smoked ham it took few hours for the bacteria to multiply. It took approximately a week in the serrano ham and they did not continue to exist on salami. Experts reveal micro-organisms in the food, fat content and salt affects the bacteria present in foodstuffs.

Nina Wallin Carlquist, Doctor of Philosophy in Engineering at the Division of Applied Microbiology, Lund University elucidates, “In my studies I saw that a small amount of acetic acid caused the bacteria to become stressed, which meant they reacted by producing more toxin. However, if a large amount of acetic acid is added, as was done in the past, the acidity is greatly increased and the bacteria do not survive”.

She further quotes, “If we know more about what it is in the food that enables the bacteria to thrive, we can then adapt the composition of the food product and thereby improve food safety. This is a new way to approach food safety”.
The next big problem appears to be the other bacterium Campylobacter jejuni after salmonella. This bacterium naturally arises among chicken, without affecting the host animal.

Nina Wallin Carlquist shares, “It would be best if the chickens did not get infected with these bacteria to begin with. In my studies I have therefore found out how the bacteria become established in the intestines. In the long term, these results could help in the drawing up of guidelines for hygiene procedures on poultry farms or in developing a vaccine for the animals”.

Experts further reveal that if the intestine comes in contact with the meat during slaughter the meat appears to get infected. The consumer may suffer from food poisoning if the meat is not cooked properly.

Congo Fever: Simple Precautions for an obscure but dangerous disease