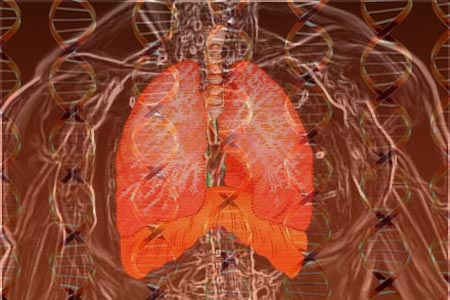 According to a latest finding, certain genes can help predict who can and who cannot survive lung cancer. A study claimed to be the largest of its kind has been published online in Nature Medicine.

The study was conducted on hundreds of gene expressions on 442 lung cancer tissue samples that the researchers collected from six cancer hospitals in North America.

“We found that looking at clinical data along with gene expression can be a more reliable indicator. Gene expression is not just a black box approach – which a lot of researchers think it is. Sometimes knowing the context actually helps you use that information more efficiently,” says study author David Beer, Ph.D., professor of surgery and radiation oncology at the University of Michigan Medical School and co-director of the Cancer Genetics Program at the U-M Comprehensive Cancer Center.

Most of the lung cancer cases are directly related to smoking. However lung cancer has been described to be a very complex form of cancer has it has various types and sub-types. A simple gene test can help the scientist accurately identify the ‘cellular diversity’ and ‘aggressiveness’ between lung cancers.

“Our findings suggest that there is a potential for successfully predicting lung cancer prognosis based on gene expression, but it is likely to be more difficult to develop a clinically useful test than has been suggested by previous studies. It’s going to require more assay standardization and a large prospective study to identify a signature that is ready for clinical use,” says study author Kerby Shedden, Ph.D., associate professor of statistics at U-M.

Normally what happens is that the lung cancer patients undergo chemotherapy to reduce the chances of the returning of the disease. However, prognosis of patients in earlier stage was poor while that in advanced stage was better. The new test will help specialists determine which group will require additional therapy and which group can avoid it.