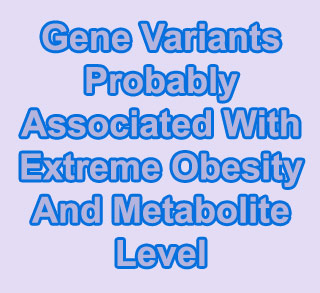 A novel association between genes and BMI apparently came into the limelight. According to a latest research, DNA variants in two nervous system genes are linked with obesity. It was suggested that the endocannabinoid system known for signaling in the brain and peripheral tissues controlling energy balance are highly active in obese patients.

In conclusion BMI: the FAAH promoter, the MGLL promoter, MGLL intron 2, and MGLL intron 3 were associated. Two of these intervals may be composed of rare variants and most of the associated variants are located in promoter sequences or in predicted transcriptional enhancers. Therefore, the gene variants possibly play a regulatory role. Rare variants in the FAAH promoter related to BMI are apparently linked with raised level of FAAH substrate anandamide too. Hence, it appears that the variants are involved in obesity.