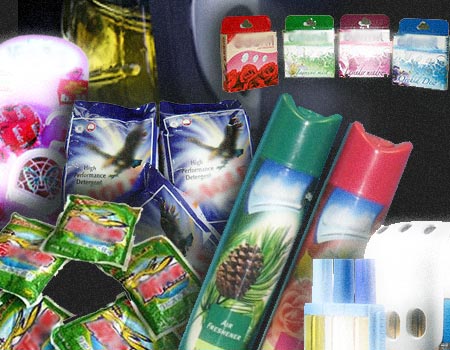 If some fragrances are making you go sick since quite sometime, then its time to check your air-fresheners and laundry products for the toxic chemicals. Yes, you read that right – toxic chemicals.

A study conducted by University of Washington researchers has proved that the top-selling brand which people trust the most also carry some very harmful chemicals that can make people suffer adverse health effects.

“I first got interested in this topic because people were telling me that the air fresheners in public restrooms and the scent from laundry products vented outdoors were making them sick,” said Anne Steinemann, a UW professor of civil and environmental engineering and of public affairs. “And I wanted to know, ‘What’s in these products that is causing these effects?’”

Steinemann analysed six-products – three common air fresheners (a solid deodorizer disk, a liquid spray and a plug-in oil) and three laundry products (a dryer sheet, fabric softener and a detergent). Top brand in each category was chosen by Steinemann. Each of the products was placed in isolated spaces in the lab, at room temperature. Later on, the surrounding air was evaluated for volatile organic compounds, small molecules emitted from the product’s surface.

It was found that as much as 58 various volatile organic compounds consisting of some which have been labeled as toxic by federal law. Like in case of air-fresheners, 7 out of the 20 compounds that got evaporated into the air were hazardous. The compounds from all the products were found to be in the concentration of 300 micrograms per cubic meter.

The products that were analysed did not have the ingredients they carried enlisted on and had no information about the “mixture of perfume oils” on the Material Safety Data.

“Fragrance chemicals are of particular interest because of the potential for involuntary exposure, or second-hand scents,” Steinemann said.

“Be careful if you buy products with fragrance, because you really don’t know what’s in them,” she added. “I’d like to see better labeling. In the meantime, I’d recommend that instead of air fresheners people use ventilation, and with laundry products, choose fragrance-free versions.”

According to the legislation passed by European Union, products are required to list 26 fragrance chemicals that exist in higher cosmetic products and detergents. However, laws like these do not exits in United States.